There will be some great Tar Heel news out of Washington, D.C. today—November 20th, 2013.  Morton collection volunteer and blog contributor Jack Hilliard takes a look at an honor for one of the greatest Tar Heels ever. Can you name … Continue reading → 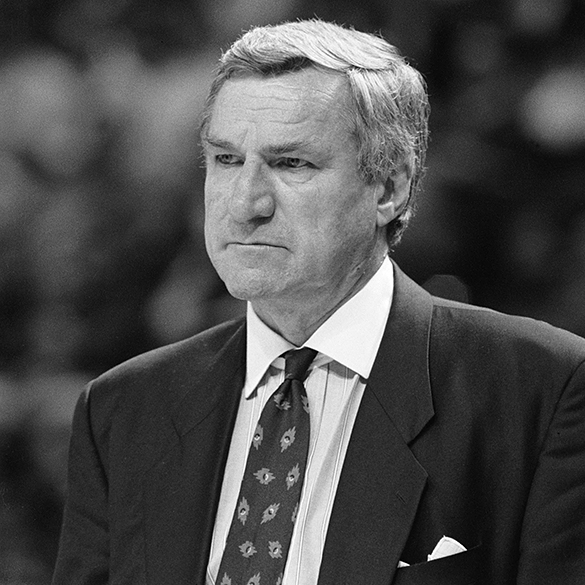 Each one of these distinguished individuals has been awarded the Presidential Medal of Freedom and each one has been photographed by world-class photographer Hugh Morton.  We can now add one more name to that list: UNC‘s legendary basketball coach Dean Edwards Smith.  Sixteen distinguished individuals, including the man who was Carolina basketball from 1961 until his retirement following the 1997 season, will receive the medal today at a White House ceremony from President Barack Obama.

The Presidential Medal of Freedom, the nation’s highest civilian honor, is presented to those who have “made especially meritorious contributions to security or national interests of the United States, to world peace, or to cultural or other significant public or private endeavors.”  President Obama announced the latest list of recipients on August 8, 2013.

In making the announcement, President Obama said, “The Presidential Medal of Freedom goes to men and women who have dedicated their lives to enriching ours.  This year’s honorees have been blessed with extraordinary talent but what sets them apart is their gift for sharing that talent with the world.”

In addition to his basketball resume, Coach Smith was a champion for civil rights, human rights, and academic achievement. The graduation rate for his players is 96 percent.

As a loyal Tar Heel since birth, I was especially pleased to see a positive Carolina athletic story on the evening news and the reaction in Chapel Hill has been likewise, extremely positive.

“I’m so proud of Coach Smith, happy for his family and friends and appreciative to President Obama for this just recognition,” said current UNC Head Basketball Coach Roy Williams who played and coached under Smith’s leadership.

Tar Heel Head Football Coach Larry Fedora said the honor is great news for UNC.  “I can’t imagine how he feels,” Fedora said.  “What a tremendous thing for our university.”

ACC Commissioner John Swofford, a former athletics director at UNC, called Smith, “one of the most successful, honorable and remarkable men I’ve had the privilege of knowing . . . his reach stretches far beyond the sport of basketball.”

Duke University Head Basketball Coach Mike Krzyzewski said that Smith receiving the Presidential Medal of Freedom speaks loudly about Smith as a coach and the game of basketball.  “He used the platform he attained as a coach to have an influence on other areas of our society.  That’s what we should all do,” said Krzyzewski.

There has also been praise for Coach Smith from some of North Carolina’s political leadership in Congress.  “As one of the greatest coaches of the 20th century, Dean Smith revolutionized the game of basketball and brought enormous pride to North Carolina during his 36 years leading the Tar Heels,” said U.S. Senator Kay Hagan. “But while he brought us glorious moments on the court, Dean Smith will forever be known for the sense of equality and justice that he instilled in his players and fought so hard to advance in basketball, in collegiate athletics and in the country as a whole.”  Said Representative David Price: “Dean Smith is known to all North Carolinians for his tremendous success as the coach of the Carolina men’s basketball team, but the Presidential Medal of Freedom recognizes that he has been far more than a coach to his players, his community, and his country.  Throughout his life, Coach Smith has shown courage and determination on some of the most pressing issues of our time, from working to end segregation in college athletics early in his career, to advocating for inclusion in church and community, to supporting equal rights for gay Americans.”

President Barack Obama and President Bill Clinton, along with first ladies Michelle Obama and Hillary Clinton will mark the 50th anniversary of the death of President John F. Kennedy by laying a wreath near his grave site in Arlington National Cemetery on Wednesday, November 20th.  In the evening on Wednesday, the President and First Lady will host a White House dinner honoring this year’s Presidential Medal of Freedom recipients. These annual awards were initiated by President Kennedy in 1963.

Coach Smith will not be able to attend the presentation ceremony at the White House.  He is struggling with a progressive neurocognitive disorder that affects his memory.  He will be represented by his wife Dr. Linnea Smith, his children, long-time coaching assistant Bill Guthridge, and current UNC Head Basketball Coach Roy Williams.

“We know he would be humbled to be in the company of President Clinton, United States senators, scientists, entertainers, the great Hall of Famer Ernie Banks and the other distinguished Americans who are receiving the award,” Smith’s family said. “We also know he would take this as an opportunity to recognize all the young men who played for him and the assistant coaches who worked with him as well as the University. Again, this medal is a tremendous honor.”

The award ceremony is the kind of event that photographer Hugh Morton would have attended and I choose to believe on November 20th, he will be looking down and smiling.