Back in 2007, I wrote a brief post about the fundraising event held at Kenan Memorial Stadium for the John F. Kennedy Presidential Library.  Today marks the fiftieth anniversary of the event—North Carolina’s Tribute to President John F. Kennedy for … Continue reading →

Back in 2007, I wrote a brief post about the fundraising event held at Kenan Memorial Stadium for the John F. Kennedy Presidential Library.  Today marks the fiftieth anniversary of the event—North Carolina’s Tribute to President John F. Kennedy for the benefit of John Fitzgerald Kennedy Library. 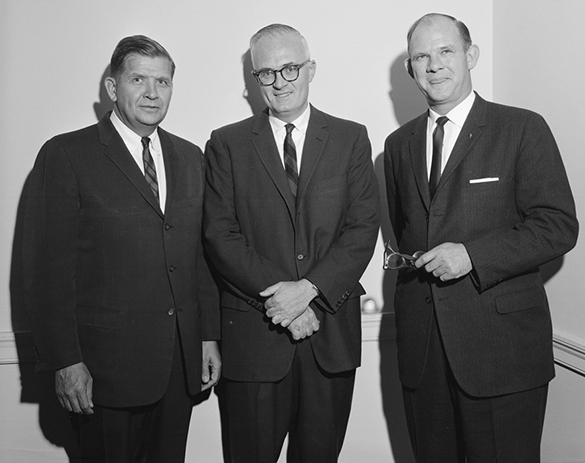 Every spring for the past several years, I have pulled together a slideshow for UNC’s Alumni Reunion Weekend for visitors to watch during Wilson Library’s Saturday afternoon open house.  To create the slideshow, I go through the negatives in the University of North Carolina at Chapel Hill Photographic Laboratory Collection (the UNC “Photo Lab”) for that particular year’s fiftieth anniversary class and select about 100 negatives to be scanned.  This year I came across a familiar face while surveying negatives made during the 1963-1964 academic year.  I used the above image in the slideshow, but not the one below. 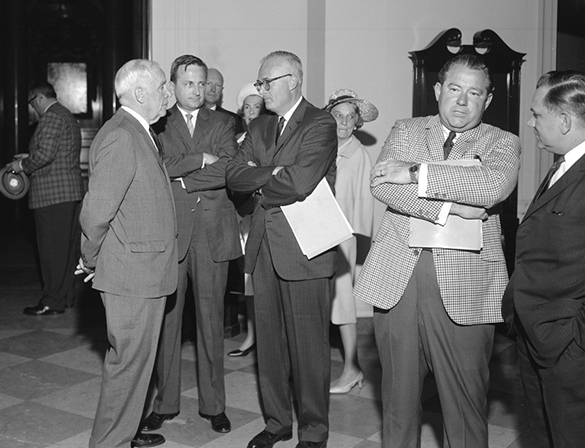 Hugh Morton was the chair of the state’s fundraising efforts—a logical choice given his highly successfully efforts to bring the USS North Carolina to Wilmington.  The North Carolina Collection holds a few items from the state’s tribute to JFK.  Within the Hugh Morton collection are several color slides made by an unknown photographer.  Five of these slides can be seen in the online Morton collection, as can three black-and-white photographs of Governor Terry Sanford and Hugh Morton presenting North Carolina’s $250,000 contribution to Jacqueline Kennedy on December 22nd.

There is a black-and-white image of Lyndon Baines Johnson with Governor Sanford examining a copy of the tri-fold pamphlet made to raise funds trough ticket orders to the event. The North Carolina Collection has copies of the flyer, the front cover of which seen below.

The Daily Tar Heel, in its last issue of the year, gave a 50/50 chance that LBJ would be able to attend.  Newspaper articles from the Charlotte News and the Durham Morning Herald make no mention of LBJ being in attendance.  Currently we have this image categorized with those made during the tribute on May 17th, 1964.  I think, however, that that photograph is likely from a different event because, if you zoom in, you can see that Sanford is wearing a pin back button that says “MY BRAND’S LBJ”—hardly appropriate to wear during a tribute to JFK.