It was his last college game.  An upset that still rankles a quarter-century later, like a large pebble in his Air Jordans. —Mike Lopresti, sportswriter, March 3, 2009 This coming Friday night, the UNC Tar Heels will face the Indiana … Continue reading → 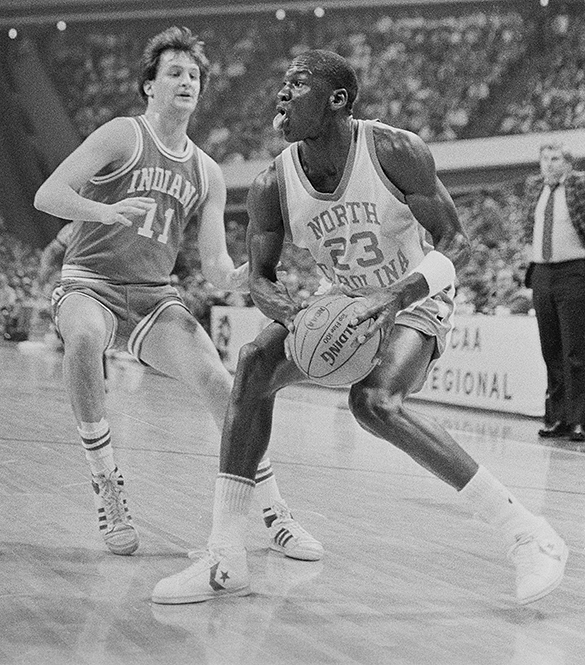 It was his last college game.  An upset that still rankles a quarter-century later, like a large pebble in his Air Jordans.

This coming Friday night, the UNC Tar Heels will face the Indiana Hoosiers’ in the East Regional Semifinal of the NCAA Men’s Basketball Tournament in Philadelphia, Pennsylvania.  The two schools last met in the East Regional semifinal round thirty-two years ago today on March 22, 1984 in Atlanta, Georgia.  Michael Jordan played his last game as a Tar Heel that day, because the Hoosiers emerged with a 72-68 victory.

According sportswriter Mike Lopresti, who wrote an article in 2009 titled “After 25 years, Jordan still frustrated by loss to Hoosiers in tourney,” Indiana head coach Bobby Knight made a few strategic changes that led to their upset win over the number on seed UNC: “He ditched his beloved motion offense and spread the floor, to better combat Dean Smith’s trapping defenses . . . and . . . put a blue-collar defender named Dan Dakich on Jordan. Dakich was ordered to deny Jordan the backdoor cut, the post-up and offensive rebounds. Fail at any, and he was on the bench.  Dakich learned of his assignment a few hours before the game. Already ill, he went back to his room and threw up.”

Jordan fouled twice early in the game and it was he who spent unexpected minutes on the bench.  Jordan told Lopresti in an interview: “When I got back in the second half, I felt like I was trying to cram 40 minutes into 20 minutes,” he said. “I could never find any sync in my game.”

A post last week listed all the NCAA basketball tournaments photographed by Hugh Morton.  The list did not include 1984.  Once I heard that these two teams would play against each there once again, I immediately flashed on a photograph I’ve had on my office door for several years until very recently: 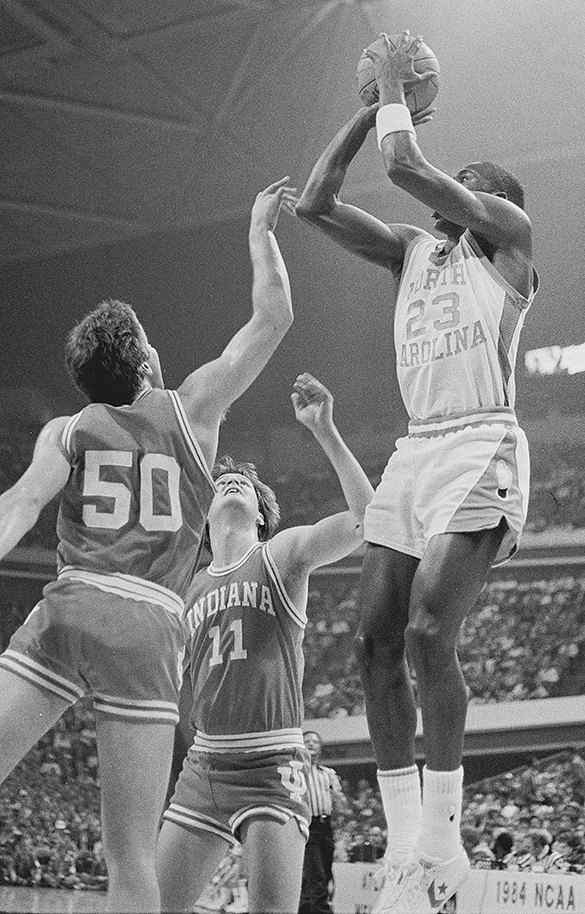 I lived in Indiana for fourteen years before moving to North Carolina to work in the North Carolina Collection Photographic Archives, so it was a fitting photograph—my new state rising above my old state.  What stuck in my mind’s eye, though, was the 1984 banner in the lower right corner.  That’s when I knew I could add another tournament to Morton’s list.  Checking the finding aid revealed that he also photographed the opening rounds played in Charlotte.

In the Morton collection there is one roll of 35mm black-and-white film and second roll of color transparencies.  The latter are mostly substandard as Morton missed focused on most of his exposures.  Only one color image is online; the description, however, did not mention that the game was in the NCAA tournament so it did not turn up in my search.

Today we scanned the roll of black-and-white negatives and present three of Morton’s better photographs from the game. 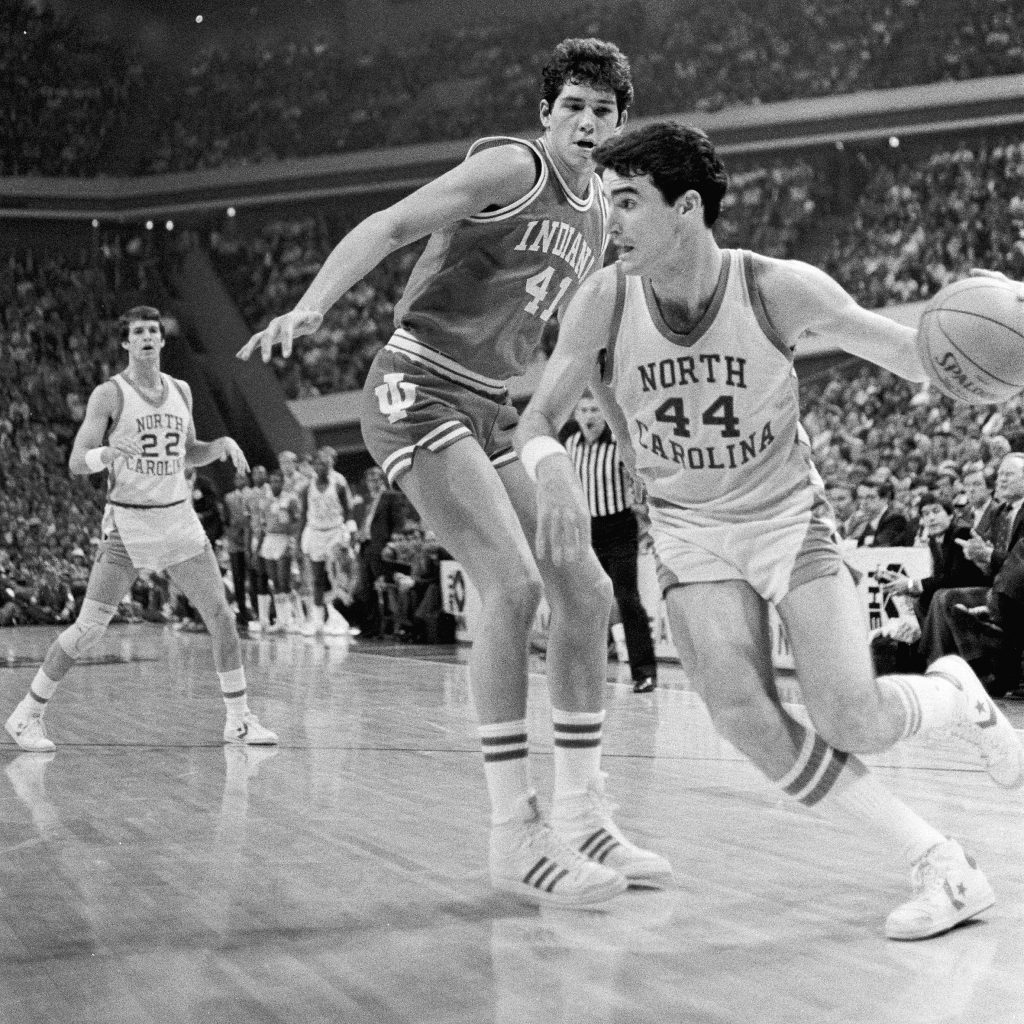 1953 The Federal Communications Commission awarded the University a permit to operate a non-commercial educational television station on channel 4.