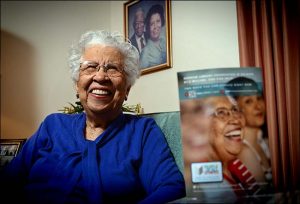 In July 1966, Hortense McClinton accepted an offer to teach in the UNC School of Social Work. She was the first African American faculty member hired at UNC.

McClinton grew up in Boley, Oklahoma. She attended Howard University and earned a master’s degree in social work at the University of Pennsylvania. McClinton moved to Durham with her husband and was hired by the Durham County Department of Social Services at the Veteran’s Administration hospital. She was the first African American professional social worker employed by the department and the only African American professional on staff at the hospital. McClinton was working for the VA when she received her first offer from UNC in 1964. Reluctant to accept a job funded by term-limited grant money, she refused. When another position in the department was open two years later – this time with more secure funding – UNC reached out to McClinton again and this time she accepted, beginning what would be a nearly 20-year career at Carolina. 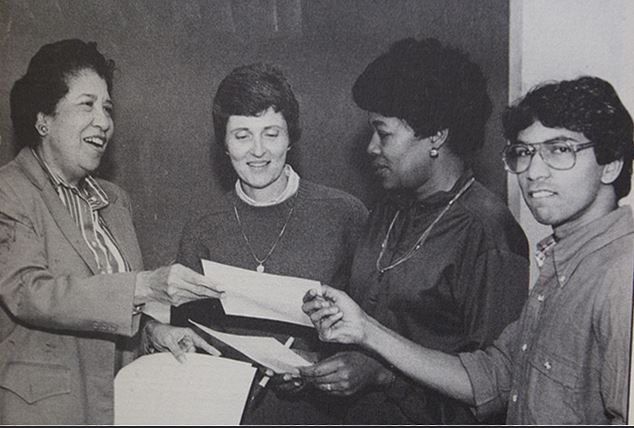 In a 2011 interview with the Southern Oral History Program, McClinton noted that her presence at the school was a milestone for UNC:  “Some students, I think, were quite shocked to see me, but I really enjoyed the students. They were really open and nice and I felt.”

In 1972, drawing from her personal experiences, McClinton began to teach a course on institutional racism. She explained, “I finally decided, well, if you’ve been taught a certain thing all your life, you have to learn to know something different. That’s when I started the class in institutional racism.” McClinton spent much of her academic career helping students gain the knowledge and skills they would need to provide social services without racial or cultural bias.

McClinton’s work at UNC ranged far beyond her classes at the School of Social Work. She was appointed to multiple committees, including the Committee on the Status of Women, the Carolina Association of Disabled Students, the Chancellor’s Committee on the Status of the Minorities and the Disadvantaged, and multiple search committees.  McClinton later said that she felt she was on so many committees because she was the only African American faculty member at UNC for three years, and one of just a few for several years after that.

McClinton’s arrival at UNC appears to have gone largely unheralded at the time. Searching through records of UNC administrators in 1966, I could not find any correspondence discussing or protesting the hire; nor could I find anything noting the significance of her appointment. This is in marked contrast to the admission of the first African American students at UNC in the 1950s, which came after lengthy court battles and were well covered in the local media. When the first African American faculty member to be hired as a full professor at UNC – English professor Dr. Blyden Jackson, who came to UNC in 1969 — he was the subject of a feature story in the Daily Tar Heel. McClinton, on the other hand, is barely mentioned in the school paper, at least as far as we could tell through keyword searches in the digitized DTH archives.

McClinton has received many awards and honors professionally and at UNC. She is recognized as a “Social Work Pioneer” by the National Association of Social Workers. At Carolina, the Hortense McClinton Outstanding Faculty Staff Award is presented by the General Alumni Association; the Hortense McClinton Senior Service Award is presented by the Kappa Omicron Chapter of Delta Sigma Theta Sorority; and, in 2009, she received a Legacy Award from the Black Faculty Staff Caucus.