Today, April 22, 2017, Carolina’s Woody Durham will receive the Lindsey Nelson Broadcasting Award at the University of Tennessee Orange and White spring football game in Knoxville. This will be just the latest in a long line of awards that … Continue reading → 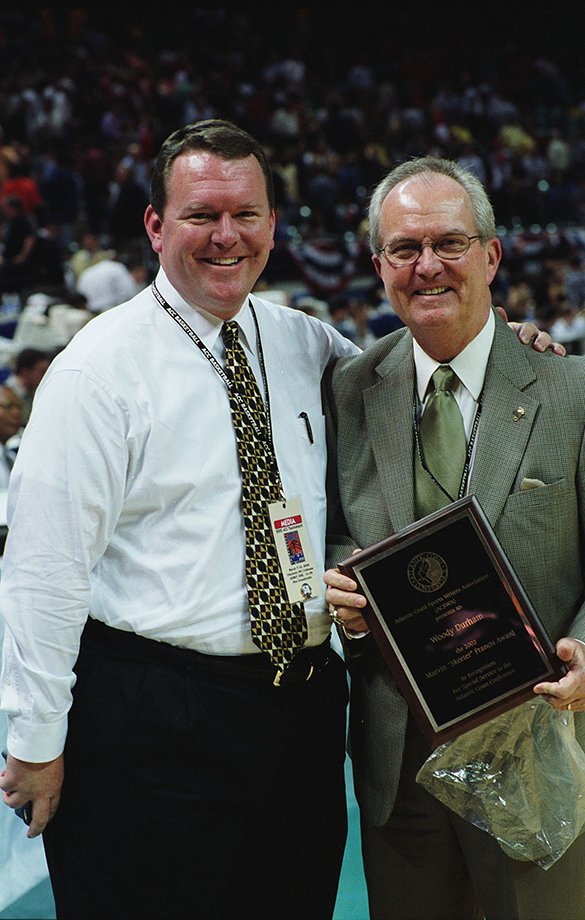 Today, April 22, 2017, Carolina’s Woody Durham will receive the Lindsey Nelson Broadcasting Award at the University of Tennessee Orange and White spring football game in Knoxville. This will be just the latest in a long line of awards that fill his trophy case. Woody’s son Wes will be on hand to accept the award for his dad.  On this special day, Morton volunteer contributor, Jack Hilliard, reminisces about his long-time friend and UNC classmate.

Many of the recent reports in the media of Woody Durham’s health issues have described him as “The Voice of the Tar Heels for 40 Years.” While that is true, there is far more to it than that. Woody Durham was, is, and forever will be The Voice of the North Carolina Tar Heels, period. Others will broadcast the play-by-play of the Tar Heel games and will do it well, but none will ever come close to what Woody Durham was able to accomplish . . . the bar is just too high.

I came to work for WFMY-TV in Greensboro on February 6, 1963 and worked until July 24th, when I left for a short tour of active duty with the US Army. When I returned in January, 1964, WFMY’s long-time sports director Charlie Harville had left for the new station in High Point and taking his place was Woody Durham, a classmate from UNC. While at Carolina, I had often watched Woody and news anchors Ray Williams and Dave Wegerek from the WUNC-TV control room in Swain Hall as director Wayne Upchurch directed the evening news. I decided then that I wanted to direct a show like that someday.  But I never imagined that my path would cross with Woody’s and Dave’s down the road. 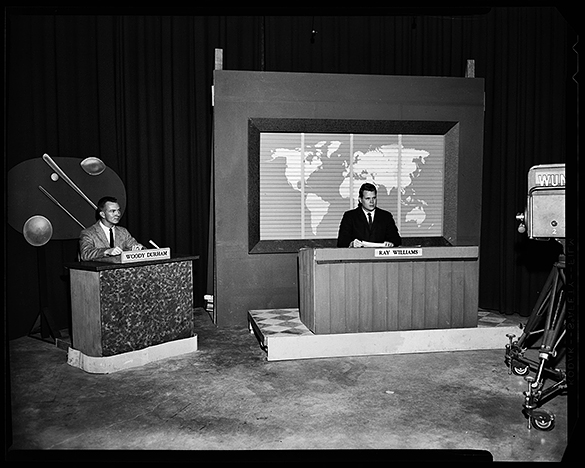 When I returned to WFMY in ’64, I got a promotion from the floor crew to a control room job—audio and technical director, then assistant director.  And in early November of 1966, I got to direct my first newscast and for me it was magical.  As had been the case back at WUNC-TV, Dave Wegerek anchored the news and Woody Durham anchored the sports.  I had the honor and privilege of working with Dave for four years, and with Woody for almost fourteen, until August of 1977.  During that time with Woody, I saw a master at work.  From a ten-second promotional announcement to a one-hour documentary it was always the same: carefully research, then script it and deliver it with dignity, class, and style. That’s the way Woody has lived his life, with perhaps a bit less emphasis on the scripting part.  And that’s the way he’s approaching his current health struggles.

As most of the Tar Heel Nation will recall, Woody delivered a letter to his many friends and fans on June 1, 2016.  In it he explained his current health condition with primary progressive aphasia, a neurocognitive disorder that affects language expression:

I can still enjoy the company of friends and traveling with my wife, Jean, but I am not able to address groups as I did in the past,” Durham said. “While learning of this diagnosis was a bit of a shock for Jean and me, and yes, quite an ironic one at that, it also brought a sense of relief to us in terms of understanding what was happening to me and how best to deal with it.

Goodness knows, Tar Heel fans have heard him often over the years telling the Tar Heel story for the Athletic Department, the General Alumni Association, the Tar Heel Sports Network, and you name it, Woody has been there. And as you would likely guess, Woody is using his health issue to help people become aware of aphasia and how it affects individuals and families.

As in the past, I will continue to attend Carolina functions and sporting events as my schedule permits, and be part of civic and other charitable endeavors throughout the state. As part of these events, we want to make people more aware of primary progressive aphasia, and the impact that these neurocognitive disorders can have on individuals, families and friends.

Along with raising awareness, we hope to encourage financial support for continued research and treatment in our state, as well as nationally.

Over the years, Woody has urged us to “go where you go, and do what you do” when a close game was on the line.  As Woody’s friend for more than 50 years, I would urge all to take Woody’s game advice because he is involved in yet another difficult struggle. And in the end, when he wins this battle, (and I choose to believe he will), he can say, as he often has said following a big Tar Heel victory: “Act like you’ve been there before.” 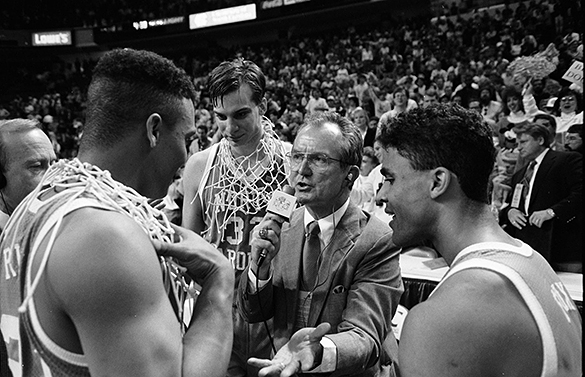 Woody Durham interviews King Rice following win over Duke in the 1991 ACC Tournament. Also in the frame is #32 Pete Chilcutt, and Rick Fox (right). Jim Heavner, Tar Heel Sports Network and CEO of The Village Companies of Chapel Hill can be partially seen in extreme left of the frame.

I think it’s appropriate that we update Woody’s progress on the web site which is everything Hugh Morton. Woody was a Hugh Morton photo subject often and during the 2005-2006 UNC basketball season, Woody gave us periodic reports on Hugh’s condition.

On October 5, 2013, there was a very special event at the Turchin Center on the campus of Appalachian State University in Boone. I was honored to be a panelist along with Betty McCain, Robert Anthony, and Woody Durham.  Our topic: “Hugh Morton and His Photography.”  It was a magical afternoon . . . one to forever remember.

So on this special day I say: “Best wishes, dear friend, our thoughts and prayers are with you, Jean, and family.”

2003 The University announced the receipt of a $20 million gift to the School of Pharmacy from Fred Eshelman of Wilmington.