We are thrilled to announce that the personal papers of Dean Smith are now available for research in Wilson Library. Donated by Coach Smith’s family earlier this year, the papers include materials from his youth in Kansas, scrapbooks kept by … Continue reading → 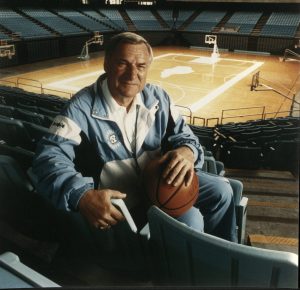 We are thrilled to announce that the personal papers of Dean Smith are now available for research in Wilson Library. Donated by Coach Smith’s family earlier this year, the papers include materials from his youth in Kansas, scrapbooks kept by his parents for many years, and files kept by Smith in his retirement. The collection offers the opportunity to learn more about Smith’s life and interests, his work after he left coaching, and the lasting impact he has had on his players, fellow coaches, and Carolina fans everywhere.

The papers contain materials going as far back as 1946, with a report Smith wrote on his hometown of Emporia, Kansas. (He got an A.) There is a program from the NCAA champion 1952 Kansas men’s basketball team, of which Smith was a member, along with copies of his yearbooks from the University of Kansas. 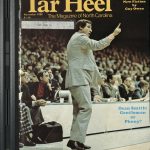 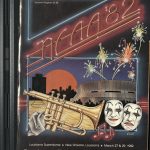 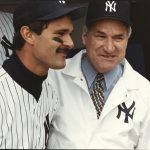 For those interested in learning more about Smith’s career at UNC, there is a wealth of information available in scrapbooks that were maintained by his parents over several decades. These include newspaper clippings and programs and are a great way to follow the progress of some of Smith’s legendary Tar Heel basketball teams.

The largest part of the collection is the files from Smith’s retirement office (as he often said to his correspondents, after retirement he still went to the office every morning, but he left whenever he felt like it). The retirement files include lots of correspondence with friends and coaches. Smith faced a seemingly endless number of invitations to speak and to accept awards. He accepted some, participating in ESPN’s 25th anniversary celebration and Sports Illustrated’s Sportsman of the Year award. Perhaps of more personal importance, he traveled Kansas in 2001 to accept the Kansan of the Year award and returned again in 2007 for the 55th anniversary of the 1952 basketball team. His papers show that he kept up with many longtime friends and family members in Kansas. 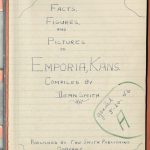 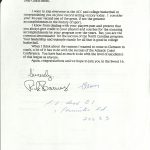 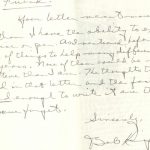 Smith’s papers reflect his interest in faith and social issues, including a number of articles he was reading and discussing. There are a few files on political fundraising he participated in and a very interesting folder on discussions he had about running for U.S. Senate in 1990. The papers also include drafts of his autobiography, A Coach’s Life, first published in 1999, along with audio cassette recordings of interviews conducted with Smith by John Kilgo and Sally Jenkins, who collaborated with Smith on a revised edition of the book. 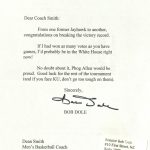 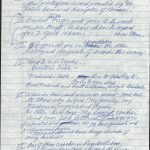 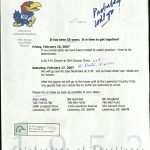 If you have questions about the collection, or if you’d like information about using the Dean Smith Papers, contact Wilson Library at wilsonlibrary@unc.edu.

1920 The University established the University of North Carolina Press. With Dr. Louis Round Wilson as director, the Press officially began operations in 1922 and published its first book, "The Saprolegniaceae, with Notes on Other Water Molds" by Dr. William Chambers Coker, in 1923.
1993 Governor James B. Hunt, Jr., attended the groundbreaking ceremony for the new School of Social Work building, which is now known as the Tate-Turner-Kuralt Building.