In the mid 1990s, Nike and other apparel companies drew criticism for labor practices in overseas factories they owned or used. UNC students and faculty were at the heart of the debate in the spring of 1998 when an entire … Continue reading → 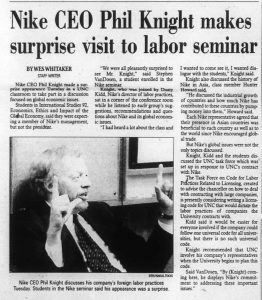 In the mid 1990s, Nike and other apparel companies drew criticism for labor practices in overseas factories they owned or used. UNC students and faculty were at the heart of the debate in the spring of 1998 when an entire class looked at Nike and its role in the global economy.

UNC began its relationship with Nike in 1993, when it signed its first agreement with the company to provide shoes and other athletic apparel for Carolina athletes and coaches. It was a new era for the basketball team in particular, which had worn Converse shoes since the 1960s.

When the University began negotiating a renewal of the contract a few years later, students began to bring up concerns about Nike’s labor practices. In the summer of 1997, student Marion Traub Warner started the Nike Awareness Campaign to educate other students about concerns over Nike’s labor practices. This was not just a UNC issue. Other universities with apparel deals with Nike, including Michigan, Ohio State, and the University of California, collaborated with an independent study of working conditions in factories used by Nike. In the fall of 1997, business students at Dartmouth released a study of pay rates at factories in Indonesia and Vietnam. Workers were found to be poorly paid and subject to dangerous environmental conditions.

Inspired by UNC student interest and an opportunity to study and learn from a current, global issue, UNC faculty members Richard Andrews, Nick Didow, and James Peacock offered a class in the Spring semester 1998 entitled “Economics, Ethics, and Impacts of the Global Economy: The Nike Example.”

The course drew national media attention, including a mention on ESPN. At the end of the semester, the faculty arranged for a staff member from Nike to be present for the students’ final presentations, which included recommendations for the company. They were all surprised when the company representative turned out to be Nike CEO Phil Knight. Nike took steps to address labor concerns in its factories and the University continued to renew its apparel contracts with Nike.

This topic and the class are covered at length in a new collection in the University Archives. The collection includes materials gathered and saved by Dr. Raymond (“Pete”) Andrews. It is a terrific resource for anyone interested in studying labor practices of apparel companies in the 1990s and the ways that college students at UNC and around the country helped to engage and possibly influence the practices of a major international corporation. 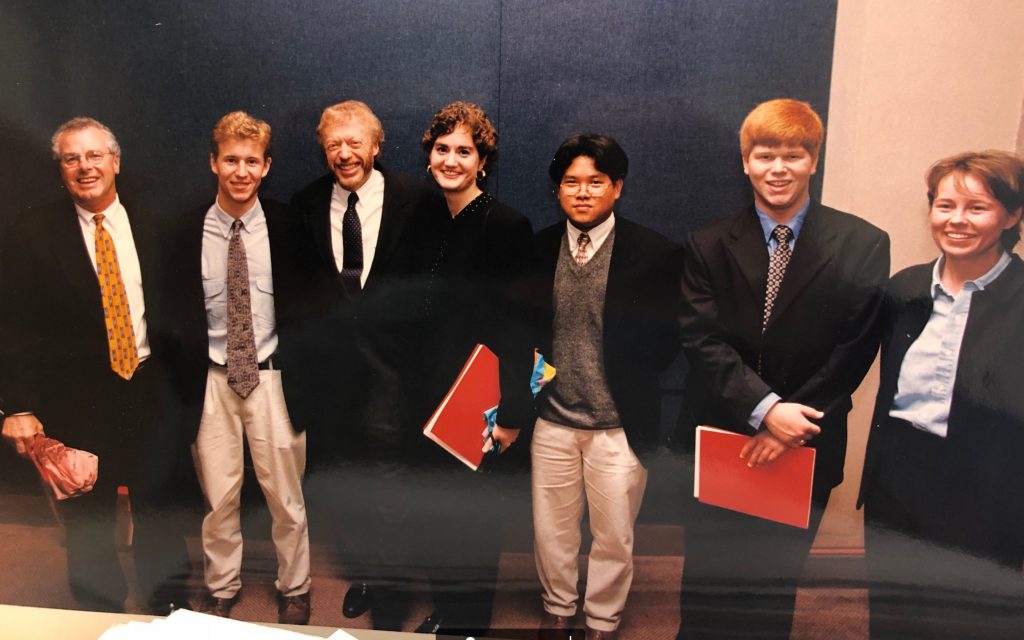