We are excited to announce that a new accession of photographs to the Department of Athletics Collection is available for research. This accession is particularly special since it contains images of less-documented sports — including women’s sports and intramural sports — … Continue reading → 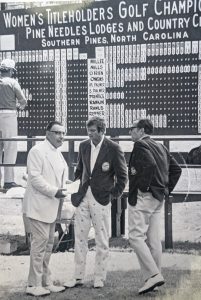 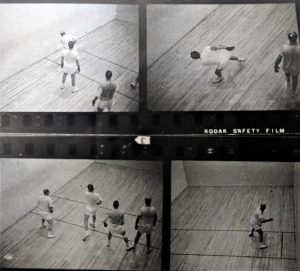 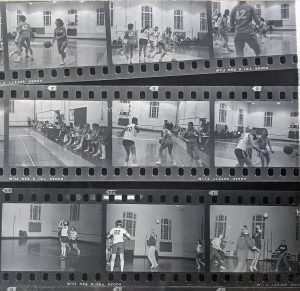 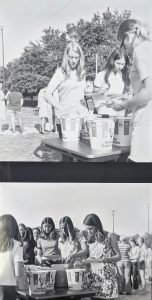 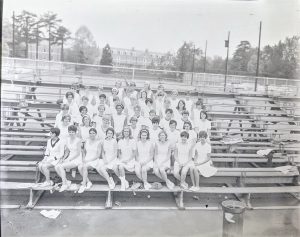 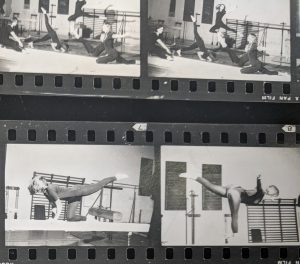 University Archives is pleased to share a newly processed collection – the records of the UNC Cardboard Club. The Cardboard Club, started in 1948 by UNC cheerleader Norman Sper, coordinated and produced displays at UNC football games, using colored cardboard squares to form words and images in the stands.

Animated GIF made from photos from a 1967 football game between UNC and Wake Forest, in the Records of the UNC Cardboard Club (#40354), University Archives.

Members of the club planned out their designs on gridded paper, and placed cardboard squares and cue cards listing the upcoming “stunts” on the seats of the “card section” of Kenan Stadium the night before football games.

GIF made from photos of a 1966 UNC versus Duke game from the Cardboard Club Records (40354), University Archives.

The club was funded by the Carolina Athletic Association. It was discontinued in 1987, in part due to safety concerns–students often sent their cardboard panels flying towards the field at the end of games, hitting fellow spectators. 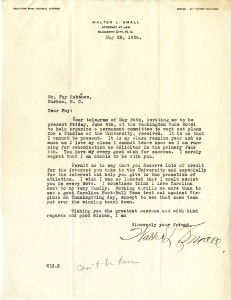 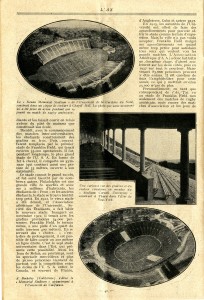