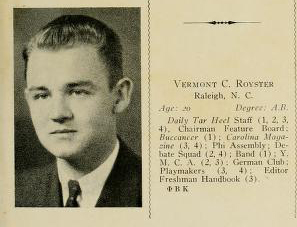 1931 The Morehead-Patterson Bell Tower was dedicated and rung for the first time.