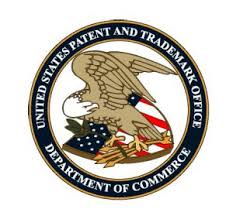 Do you work with patrons who have questions about patents or trademarks?  Have you wondered about how these types of intellectual property differ?  Please join us on Thursday, May 5 from 2:00-3:30 for “Patents and Trademarks:  Basics for Librarians” in Davis 133.
Michele Hayslett, Librarian for Numeric Data Services and Data Management, will discuss the basics of of patents, including what they are and what they protect, how they are granted, and some information on searching for patents.  Agnes Gambill, a second year law student and a Scholarly Communications Office research assistant, will discuss how trademarks are formed, what they protect, and some information about how to search for trademarks that have been registered.  I’ll contribute some information on how and why patents and trademarks differ from copyrights.
Both presenters are well-placed to address these subjects.  Michele previously worked as the depository librarian for patents and trademarks at NCSU.  Agnes is completing some work in the law school’s trademark clinic, where she assists small business owners who are seeking to register their trademarks.

Everyone has heard about the trademark dispute concerning “the Washington football team.” Under 15 U.S.C. §1052 of the Lanham Act, which is the statute for trademarks in the U.S., there are certain bars to being able to register a trademark on the federal register. By receiving a federal registration, the trademark owner gets exclusive use of that mark and can therefore control their brand and the source of their product.

The exact bar that removed the “Redskins” mark from the register, §1052(a), states that “[n]o trademark by which the goods of the applicant may be distinguished from the goods of others shall be refused registration on the principal register on account of its nature unless it—

(a)Consists of or comprises immoral, deceptive, or scandalous matter; or matter which may disparage or falsely suggest a connection with persons, living or dead, institutions, beliefs, or national symbols, or bring them into contempt, or disrepute….”

When the U.S. Patent and Trademark Office determines “whether a proposed or existing mark violates § 1052(a)’s disparagement clause, [it] applies a two-part test:

(2) If that meaning is found to refer to identifiable persons, institutions, beliefs or national symbols, whether that meaning may be disparaging to a substantial composite of the referenced group.”

The “Redskins” mark failed this test due to its disparaging reference toward Native Americans. Therefore Washington retroactively lost its trademark registration, but that does not mean they can’t continue to use the mark in commerce. It means they no longer have exclusive rights to it and anyone and everyone who wants to can also use it.

Washington has continued to file appeals to this decision, including a brief by attorney Lisa Blatt which has garnered a lot of attention due to the defense strategy she decided to take. Blatt claimed that registered trademarks are not government speech and that many other vulgar, immoral, scandalous, and disparaging marks are currently on the federal register.

However, a recent unexpected twist has been introduced into this discussion. The U.S. Court of Appeals for the Federal Circuit decided the case In re Tam in December and held that this bar against disparaging marks infringes upon free speech and is therefore unconstitutional. Which means barring the “Redskins” mark and other marks previously determined to be disparaging from the trademark register is not allowed under the constitution. This appeals court’s decision is not binding on the Fourth Circuit, which is where the “Redskins” case is currently being considered. However, since this decision has struck down part of a federal statute, it creates a likely opportunity for the U.S. Supreme Court to step in and make a final ruling on whether the bars should be struck down permanently or not.