Just a quick post to acknowledge that today (May 16) is Endangered Species Day, “an opportunity for people young and old to learn about the importance of protecting endangered species and everyday actions that we can take to help protect our nation’s disappearing wildlife and last remaining open space,” according to the Endangered Species Coalition.
As we saw in the previous post about Venus flytraps, Hugh Morton was concerned about the preservation of native and rare species, especially later in his life. His greatest impact in this area was on Grandfather Mountain—Morton donated and sold thousands of acres to The Nature Conservancy, establishing a permanent, protected habitat for endangered plants and animals. (In 1992, the mountain was recognized as an International Biosphere Reserve). 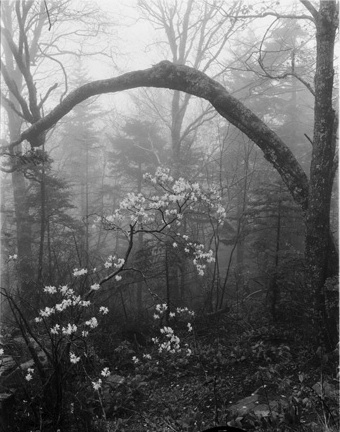 Grandfather is home to several imperiled and rare species, including types of spiders, turtles, salamanders, flying squirrels, peregrine falcons, Heller’s Blazing Star (a vascular plant), and Azalea Vaseyi (pictured above—according to Sherpa Guides, Grandfather has the largest population of Vaseyi in the world). 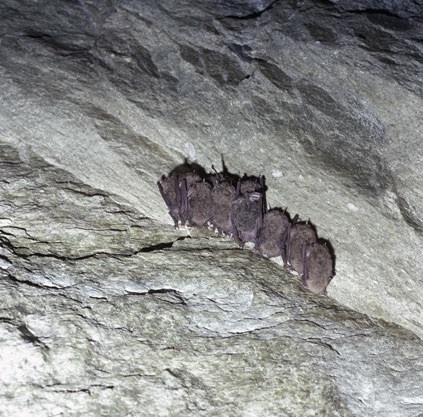 This negative was in an envelope labeled “Rare Bats, Spring 1984.” These critters could be Virginia big-eared bats, an endangered species found only on Grandfather Mountain and in one other location, the Cranberry Iron Mine. They could also be Northern Long-eared Bats or Eastern Small-footed Bats, which are both on the list as well. (I’m unable to tell from this image whether these bats have ears that are unusually big and/or long, or if their feet are exceptionally small, but at any rate, I’m glad they have a home on Grandfather).