My name is Amber, and I’m the newest student assistant at work on the Morton collection. One of the projects I’m working on is with what we call the “Machine Prints.” In the 1990s-early 2000s, Hugh Morton sent many of his rolls of film to local drug and grocery stores to be developed.  He would then look through those negatives and decide which ones he wanted to make prints of.  Unfortunately that meant that many negatives were separated from the rest of their roll, and quite often, the prints in an envelope don’t have matching negatives (or any negatives at all!).

Morton did label most of the Machine Print envelopes, but those labels don’t always match the pictures.  The first envelope I opened was of a game in the Dean Dome, but in the middle was a random picture of Prince Charles.  (Apparently it was taken at the Biltmore Estate, where he came to learn more about preserving historic structures—see Hugh Morton’s North Carolina, page 127).

Elizabeth had already done a preliminary sort with general categories such as Basketball, Grandfather Mountain, and Nature, and I then tried to narrow them a little more.  The first one I tackled was basketball and was able to sort those by date.  However, many envelopes were simply labeled “NCAA ’94,” and it was up to me to figure out which teams were playing. 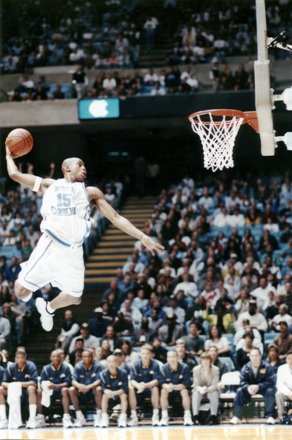 This photo stayed with me as I was going through the many others.  I was amazed at how #15 was defying gravity.  The sheer physics of what he is doing is incomprehensible to me.  This was in a roll labeled “2/98 NC State.”  However, the visitors bench sure doesn’t look red. According to Hugh Morton’s North Carolina, this is Vince Carter and they are playing Cal Berkley (p. 199), which probably would have put it during the Nov. 22, 1997 game at the Dean Dome.  At the June “Photo ID Party,” Fred Kiger said this was Morton’s favorite sports photo he ever took.

This next picture was in an envelope labeled “Groundhog Ice Cream.”  You can see the chocolate smeared on her nose.  But, what is the back story on this?  Is this from Grandfather Mountain?  Some February 2nd tradition?  If anyone knows, please fill me in.  The curiosity is killing me. 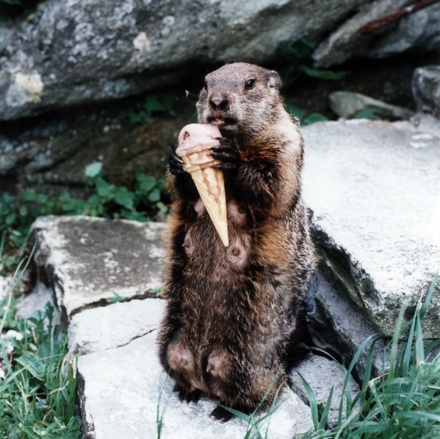 I am currently in the middle of going through all the Grandfather Mountain pictures.  What an amazing place.  The sweeping vistas are beautiful, and that Swinging Bridge—I don’t know if I am brave enough to cross it.  I just finished with the Fall pictures and the striking reds and yellows against green grass and bright blue sky are so perfectly captured, and the pictures of bears with different families and local celebrities are a crack-up. 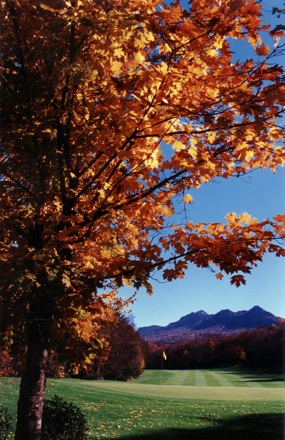 This has definitely made me want to visit Grandfather soon, to see the places depicted in these pictures and try to capture them with my own camera (although I know they can never be nearly as stunning). Hey, mom and dad, what are we doing for Thanksgiving?  They have golf there!

9 thoughts on “Let me introduce myself…”