This past weekend, a weird and wonderful event took place at the top of Beech Mountain, NC: the 15th annual “Autumn at Oz,” a pilgrimage and tribute to the bygone Land of Oz theme park that existed there from 1970 to 1980. (Photos from the weekend, and previous Land of Oz parties, can be viewed here).
I don’t recall visiting Oz myself (I would’ve been pretty young when it closed in 1980), but I do remember seeing leftover artifacts at the now-closed Appalachian Cultural Museum in Boone, and thinking to myself, “what an odd idea for a tourist attraction!” (Along those lines, I recommend the article “In Search of Emerald City,” a fascinating history of the “strange urge to create a life-sized Land of Oz.”)
Hugh Morton took many a photo at Oz during the decade of its existence, most (or all?) of which were for promotional purposes. Here are a few: 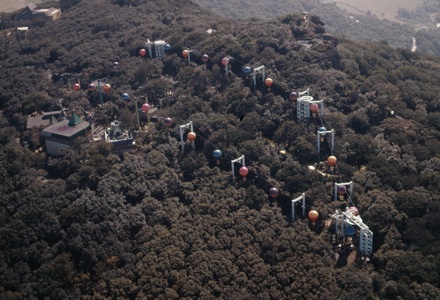 “The Land of Oz was a theme park based on the characters of L. Frank Baum’s book, The Wonderful Wizard of Oz. Built atop Beech Mountain in Watauga County, North Carolina, the park was designed to capitalize on the rugged beauty of the Blue Ridge while providing the activities popular with modern tourists. The Land of Oz was called “exquisite” and an “adventure, imaginative and unspoiled” by the Washington, DC Daily News, which gave the park its annual award in 1970 as the best new tourist attraction in America. 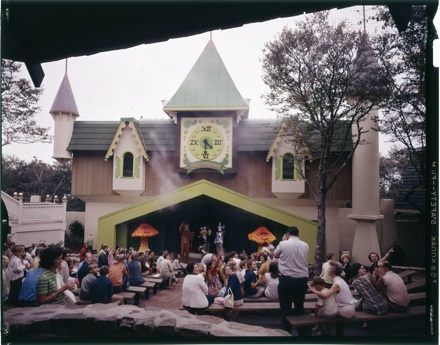 The park’s developers, Grover and Harry Robbins of Boone, NC, and Jack Pentes, the designer of Oz, were determined to preserve the natural environment of the sixteen-acre park. The Land of Oz attracted over 400,000 people in its first year and became the leading tourist attraction in North Carolina almost overnight.
Not only was the Land of Oz owned locally, its construction relied on local carpenters, stonemasons, and renowned craftsmen like Daniel Boone V, who created the wrought iron work for the park. Oz also provided summer employment for some 150 young people who worked as characters, guides, and in the concessions. 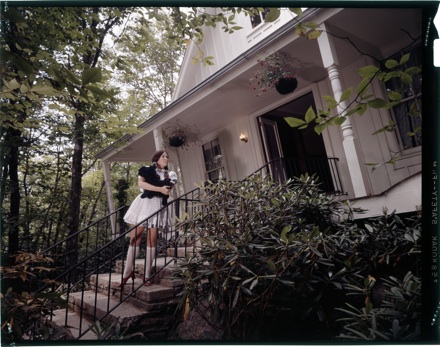 The Land of Oz closed in 1980, the victim of the changed resort economy. But for a decade it was what designer Pentes had hoped for — a magical place, part of another world.” 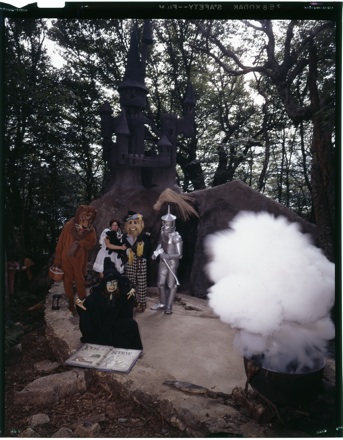 13 thoughts on “"A Magical Place, Part of Another World"”