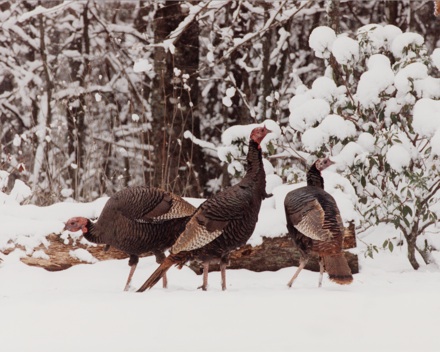 I have often heard it said that turkey and football are the best parts of Thanksgiving. Hugh Morton loved to photograph both of them, so I’m sharing a few prize shots with you in honor of this week’s holiday.
The next image was identified as one of “Hugh Morton’s Favorite Ten” in the 10/1/1968 issue of The State magazine (along with this one and this one). The text that accompanied the image is included below (note that I cropped it roughly as it appeared in The State, on page 10). 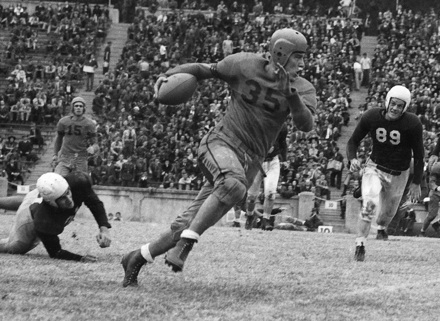 Morton’s most significant sports action picture is probably this one of All-America Bill Dudley running 80 yards in Kenan Stadium at Chapel Hill in November 1941 for what some University of Virginia alumni say was the greatest individual performance ever given by a “Cavalier” athlete. The picture was taken for the “Charlotte News,” and Sports Editor Burke Davis titled it “I’m coming, Virginia.”

8 thoughts on “Turkey and Football”