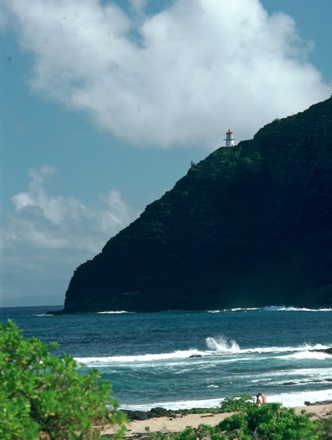 After making it through a rather blustery November, I’m reminded of when I boldly decided to escape the cold Sierra Nevada Mountains and relax on the black sand beaches of Hawaii. The Mortons had the same brilliant idea over Christmas 1978, when they took a trip to the islands of Oahu and Kauai. There are stunning pictures of double rainbows over a misty Honolulu, the USS Arizona Memorial, and surfing crystal turquoise waters.

While in Hawaii, Morton visited the grave of Ernest Taylor Pyle at the National Memorial Cemetery of the Pacific. Ernie Pyle was a journalist in both world wars, stationed in the Pacific Theater during WWII.  I’m guessing that their paths must have crossed during that time? I haven’t been able to find a connection, but if anyone can confirm this it would be appreciated. 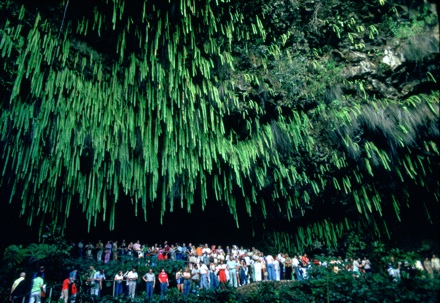 The photo above I found floating loose at the bottom of a box, one of the many orphans I have had to match to its roll. Once I found the Hawaii batch, I was able to easily recognize where it belonged. It shows the Fern Grotto in Wailua River State Park on Kauai — this is a large lava cave that ferns took over, growing on every surface. I’m not certain if Hugh had pulled this from the rest of the roll for a presentation, or because he felt it wasn’t up to par. (His “rejects” usually look pretty great to me). 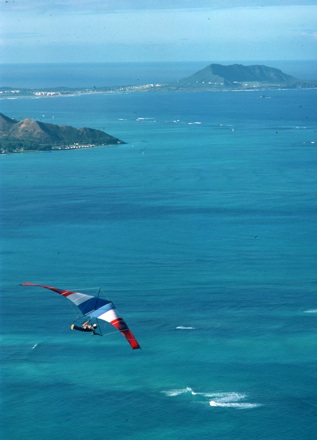 In the late 70s and early 80s, Hugh took numerous photos of hang gliding, mostly at Grandfather (the home of the National Hang Gliding Championship for a few years).  The comments we received on a previous post tell the exciting story behind one of the hang gliding photos from Hawaii, which shows Morton himself taking flight! The image above was one that was able to capture the beautiful waters, and the contrast between the white sands and dark coral reefs.
Maybe it’s the temps in the 20s forecast for Chapel Hill, or the thought of a Mai Tai, but Hawaii is definitely calling for me to visit again soon.  Right, Elizabeth?

Editorial Note from Elizabeth: I thought it was pretty funny when Amber said she wanted to write this post, because I am actually off to Hawaii myself next week! I’ll be doing, um, highly serious and intensive Morton-related research. No relaxing whatsoever. (Do you think the IRS will buy that?)