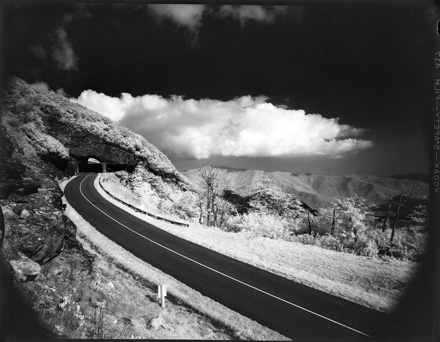 I may have been remiss lately in keeping you updated on our behind-the-scenes progress on the processing of the Hugh Morton collection. The fact is that I’ve been on the job for over a year now, and some days I feel like nothing’s gotten done! So much is going on at once, and no task ever feels “completed” (at least not yet).
But on other, calmer and saner days, I can begin to see things coming together — a glint of light at the end of the tunnel, you might say.
So, in bare bones format, here’s where we are at the beginning of 2009: