From Elizabeth: This is a second post from our indomitable volunteer Jack Hilliard. Note that Jack (a retired WFMY-TV employee) directed the January 18 and February 29, 1972 Morton appearances he mentions below! Note also that the pinback button above is from the North Carolina Collection Gallery’s collection of political memorabilia.

The 1972 race for governor in North Carolina was notable for a number of reasons. Twelve candidates at one time or another . . . a unique news conference . . . two primaries . . . and finally the election of James Holshouser as the first Republican governor of NC in the 20th century. Between December 1, 1971 and February 17, 1972, Hugh Morton was one of those 12 candidates.

At a reception and banquet in the Carolina Inn on June 7, 1996, Hugh MacRae Morton accepted the 1996 North Caroliniana Society Award for contributions to and preservation of North Carolina’s history, culture, and resources. CBS newsman Charles Kuralt was on hand that night to honor his friend Hugh Morton and in his remarks, Kuralt set the scene for Morton’s short run for governor.

“Hugh Morton is North Carolina’s greatest promoter . . . but he never promotes himself, well, with one exception. On December 1, 1971, in the shadow of the Capitol in Raleigh, surrounded on a chilly day by shivering pretty girls in shorts wearing Morton for Governor hats and carrying Morton for Governor signs, with Arthur Smith playing Guitar Boogie for the crowd, with Charlie Choo Choo Justice on hand to declare, ‘I have been on Hugh’s team all my life,’ Hugh Morton formally declared his candidacy for governor.” 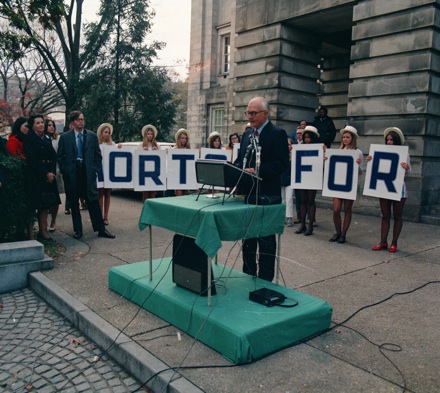 The Morton campaign was off to a great start, but there were a couple of problems. By December 1 many of Hugh’s friends were already supporting Lt. Gov. Pat Taylor or State Senator Hargrove “Skipper” Bowles. And any time one runs for governor, money is a concern. But Hugh had already visited all 100 counties in North Carolina and he knew he wanted to vitalize and “professionalize” the Department of Travel and Tourism —  to bring in more visitors to gaze upon what he truly regarded as the glories of the Tar Heel state. A headline in the Greensboro Daily News called him “A Low-Key Campaigner With Time For Everyone.”

On Tuesday, January 18, 1972, Hugh held a news conference at the WFMY-TV studios in Greensboro for the Triad media. In response to questions, he said, “the biggest challenge for the next governor will be public education.” The news conference was taped and played back the next night. Following the news conference, Morton told the gathered newsmen that they had been part of a first — a “live, open, news conference paid for by a candidate for governor.” 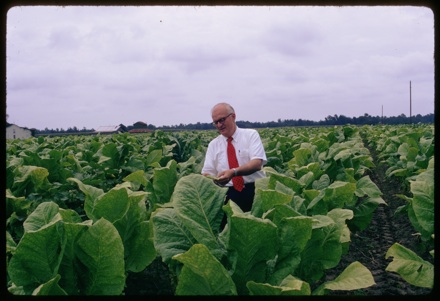 On February 17, 1972, about 300 people gathered in Raleigh to witness Hugh’s official filing. But instead of a filing celebration, Morton made a dramatic announcement. He said that he had learned the night before that funds available to him would not be sufficient to permit a victory. “It would not be fair to subject my friends to a campaign that couldn’t be won,” he said. Hugh Morton had become a victim of the high costs of politics. His surprise withdrawal inadvertently dramatized the need for campaign spending reform at the state level.

On Tuesday, February 29, 1972, in his first major television appearance since his withdrawal from the governor’s race, Hugh Morton appeared on the WFMY-TV News and Public Affairs Program, “Newsmaker.”  News Director Charles Whitehurst and reporter Dave Wright questioned Morton about his withdrawal from the race. Said Morton, “I knew that money wasn’t going to be a problem for Skipper and it was for me, so the smart thing to do was get out and that’s what I did.”

Finally, in July of 1982, Gary Govert wrote a Hugh Morton profile in Carolina Lifestyle magazine. The article includes this quote from Hugh Morton’s friend, former Governor Terry Sanford:  “I think he’s one of North Carolina’s most outstanding citizens. He ought to have been governor.”