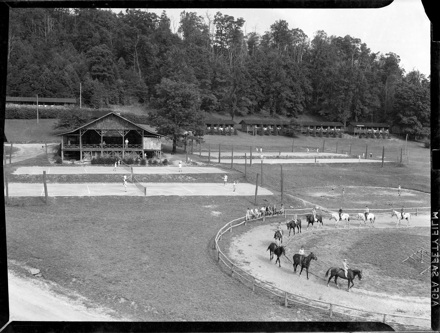 We have really enjoyed reading the comments and emails we’ve received in response to my last post about Linville’s Camp Yonahnoka. Most of the campers we’ve heard from attended in later years than are represented in the Morton collection (his images date primarily from the 1940s and early 1950s, with a few into the early ’60s). One of our commenters even mentioned that his grandmother, Mrs. Juanita Forbes, worked at the camp for many years. I do believe this is her on the left below, in 1956. Does anyone know the other two ladies? 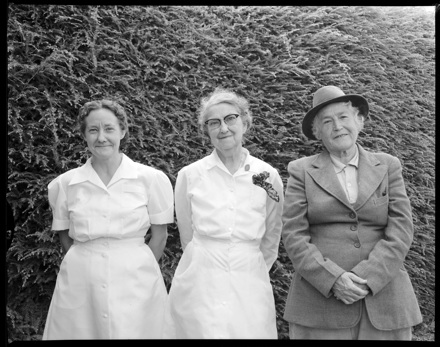 I finally took a look at the camp brochures we have here in the North Carolina Collection, and they are fascinating! From these I learned that the camp was started in 1925 and (at least as of 1954) was operated continuously by the same directors, Mr. and Mrs. Charles V. Tompkins of Episcopal High School in Alexandria, VA. Anyone know how long it lasted? 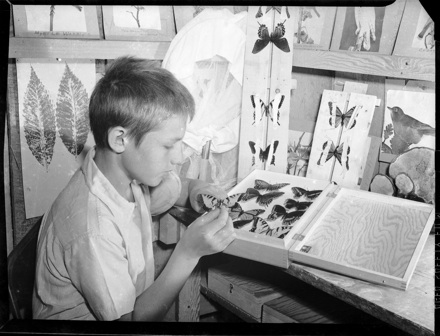 Yonahnoka offered an amazing variety of activities, from photography, sports (including swimming, golf, tennis, archery, and riflery), “Indian craft,” horseback riding and horse shows, art, music and dramatics. According to the brochure,

The object of Camp Yonahnoka is to make the summer one of happiness and wholesome development for each camper. Good character and self-reliance are the keys to a useful and happy life… Camp activities are planned to encourage each boy to express himself and to discover hidden talents. This calls for a varied program. Music is just as important as baseball. Instruction in sports is stressed rather than competition. Work contributed to the welfare of the whole group is just as rewarding as play. 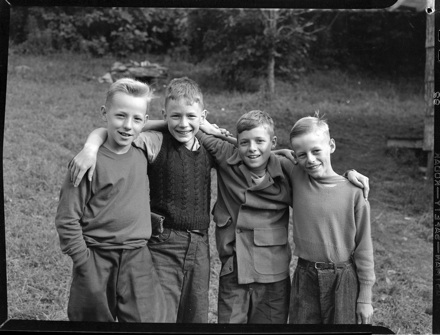 It should be noted that Yonahnoka was by no means a camp for low-income or underprivileged boys. A camp application form included in the 1952 brochure lists registration plan fees from $430 to $480, which, according to one inflation calculator, equals about $3700 in 2007 dollars. Ouch. 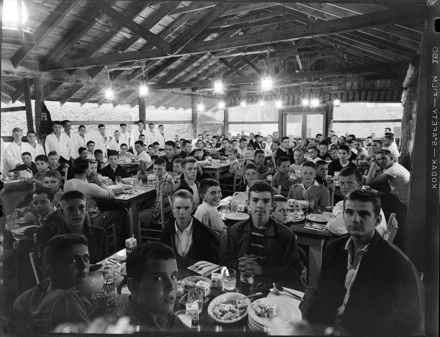 To take an academic view, it seems there would be a lot to explore here about how summer camps like Yonahoka reflected larger societal views of nature, class, race, gender, child development, and all that good stuff during this pivotal period in U.S. history. But I see that only a few scholars have seriously addressed the topic (see Children’s Nature: The Rise of the American Summer Camp by Leslie Paris, and A Manufactured Wilderness by Abigail Van Slyck). Just one example of the huge research potential of the Morton photographs!