Note from Elizabeth: This is the third post researched and written by volunteer Jack Hilliard. You can read the other two here and here.

On Saturday, June 5th, 1954, Hugh Morton staged yet another successful event at Grandfather Mountain. It was originally billed as “The Mile-High Kite-Flying Contest,” but high winds up on the mountain that morning prompted the contest to be moved down to McRae Meadows . . . so Bill Hackney, writing in the High Point Enterprise, renamed it the first annual “sky-high kite-flying contest.” 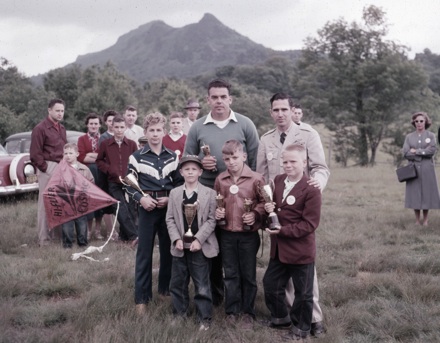 Youngsters 7 to 14 from all over western North Carolina were encouraged to participate. Morton had gotten three of his friends to judge the contest: Major Bill Craig, a Korean War jet ace (at right above),  “Bobby Benson,” young radio cowboy star (at left, in cowboy outfit; the role of Bobby was played at the time by actor Clive E. Rice), and Charlie Justice, UNC’s great all-America running back (not pictured above, although footballer Otto Graham is, at center in blue sweater). Two of the many prizes awarded at the end of the day went to Bob Lineberger from Hickory for his original kite design and to Bobby Cooke of Boone for having the smallest kite (boys possibly pictured above? Note that we’re not absolutely sure this image was taken at the 1954 event; it might have been 1955 or 1956).

As Morton was handing out those awards on that windy June afternoon, I’m sure it never crossed his mind that twenty years later, another young man (though much older than Lineberger and Cooke) would come to Grandfather Mountain seeking permission to fly his “kite” at the famous landmark. The year was 1974, and John Harris of Kitty Hawk wanted to launch his hang glider off the peak of Grandfather. 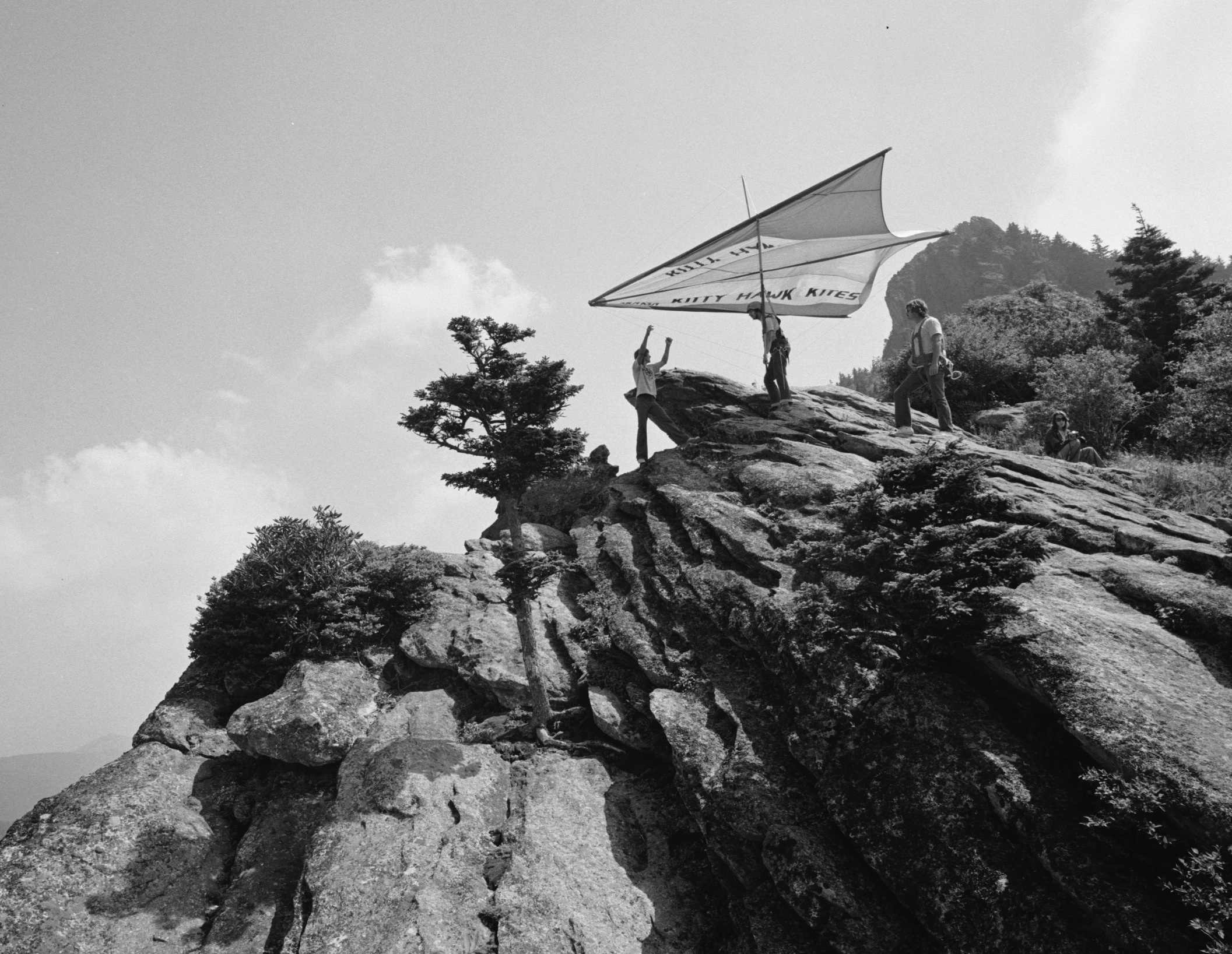 Permission was granted, so on July 13, 1974, John Harris became the first man to fly a hang glider off Grandfather Mountain. The 1500-foot flight was described in The State magazine this way:

For a few glorious moments, Harris soared free of the earth, sailing effortlessly over the valley, with nothing but the mountain winds and a single wing to keep him aloft.

Up to that time, hang gliding had been associated with the North Carolina coast. Francis Rogallo and his wife Gertrude had set out in the early 1940s, near Kitty Hawk, to see if they could design a kite or flexible wing that could be held together in controlled flight by the action of the air itself. The result, patented in 1947, was the Rogallo Wing. Rogallo would come to be called “the father of hang gliding,” and on May 7, 1987, he was inducted into the North Carolina Sports Hall of Fame. Hugh Morton was responsible for Rogallo’s nomination. 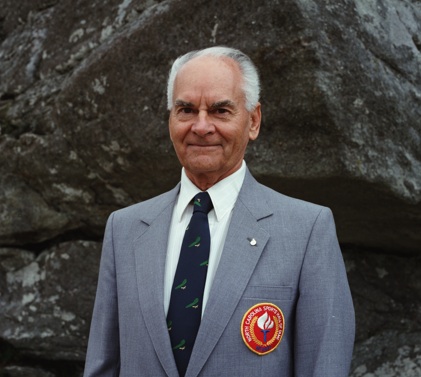 Through the 1970s and into the 1980s, hang gliding flourished in the North Carolina High Country. Professional pilots gave demonstrations four times daily during the summer, weather allowing; the increasing popularity of competitions inspired Morton to sponsor the International Masters of Hang Gliding Championships. (He also made several award-winning films on the topic during this time: “Masters of Hang Gliding,” “Winning At Hang Gliding,” “Hang Gliding Around The World,” and “The Hawk & John McNeely,” versions of which are included in the Morton collection here at UNC). 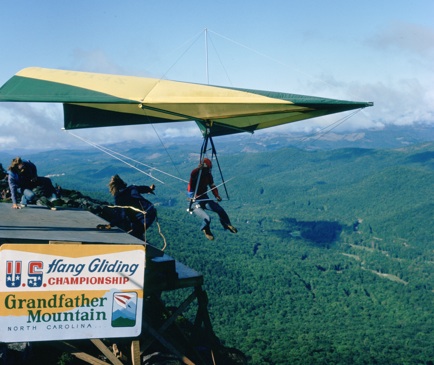 Over time, the gliders became much faster and higher-performance, making the small landing areas at Grandfather increasingly unsafe. Demonstration flights were suspended in 1987.

UPDATE 6/1/09: From Elizabeth: We found an image that is almost definitely from the first (1954) Kite-Flying Contest at Grandfather. See below. 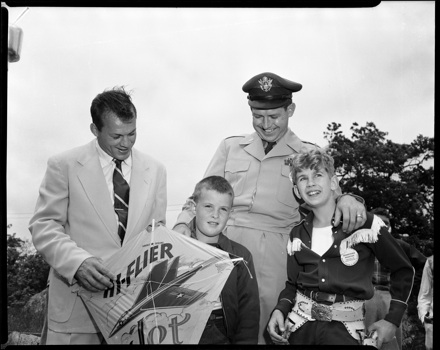