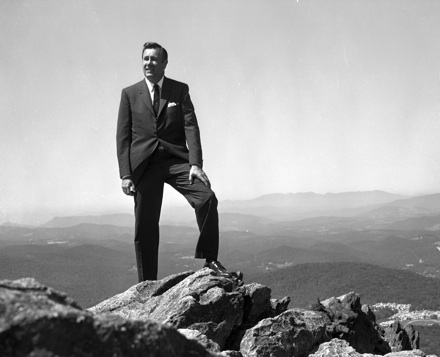 Many news outlets have been reporting the death on Tuesday of pioneer televangelist Oral Roberts. You probably know some of the more interesting and controversial stories about Roberts, including his claims of being able to raise people from the dead and of receiving visions from a 900-foot Jesus; or his famous 1987 fundraising stunt where he told viewers that unless he raised $8 million, “God would ‘call him home.'” (He raised $9.1 million).
But you may not have known that Roberts made at least a few visits to Grandfather Mountain, NC, most notably as a speaker at the 1976 “Singing on the Mountain” gospel festival. Roberts shot a nationally-televised prime time special at Grandfather that year, featuring Roy Clark (among others). 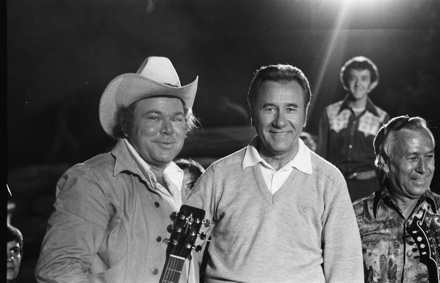 Roberts apparently enjoyed the golfing opportunities afforded by the Grandfather Golf and Country Club (if you look very closely at the image above, you can see he’s wearing a “GGCC” sweater). One fall visit, Roberts got a personalized Hugh Morton tour of the natural wonders of the area. According to Julia Morton, “Mr. Roberts came to Linville to visit a friend of ours from Tulsa. Rain kept him from playing golf so Hugh entertained him by showing him the countryside.” It was during this visit that Morton took the lovely portrait of Roberts below. 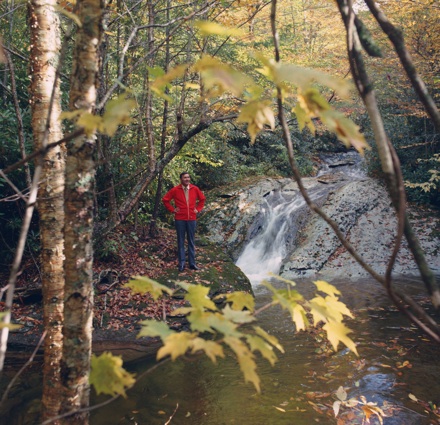