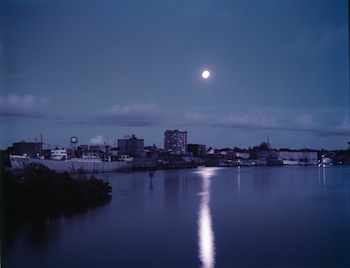 As Susan Taylor Block notes in her recent essay, the port city of Wilmington, NC is known not only for its mansions, azaleas, and beauty queens, but also for its powerful, enterprising white men including Pembroke Jones and Hugh MacRae, grandfather of Hugh Morton.
A darker, lesser-known, and certainly lesser-discussed chapter of Wilmington’s history is that of the 1898 race riot, the only instance in American history of an elected government being overthrown. Spearheading the violent uprising was a group of elite Wilmingtonians, strong opponents of the “fusionist” coalition, strong believers in the supremacy of the white race . . . and outspoken among them was Hugh Morton’s grandfather, a young Hugh MacRae.
Four years ago this week, the 1898 Wilmington Race Riot Commission (a state-appointed panel tasked with studying the rebellion and recommending reparative actions) released its official report, available in full here.
Back on the occasion of the 1998 centennial, historians David S. Cecelski and Timothy B. Tyson put together a seminal volume about the events entitled Democracy Betrayed: The Wilmington Race Riot of 1898 and Its Legacy. While they learned much about MacRae’s role in the uprising, they never put a face to the name — that is, until Hugh Morton’s photographs became available online.
What Cecelski and Tyson discovered when they looked into that face is the topic of our latest Worth 1,000 Words essay, entitled Hugh MacRae at Invershiel.
We hope you’ll take some time to read this thoughtful exploration, and to consider the many layers of meaning that can be hidden in a single portrait. Let us know what discoveries you make.

One thought on “The many faces of the past”