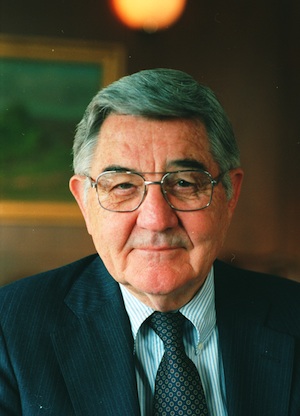 William C. Friday, “the man whose name is synonymous with North Carolina higher education during much of the 20th century,” (according to a UNC Arts & Sciences article), celebrates his 90th birthday today. Friday served as President of the UNC system for three decades, and a more respected figure in the UNC community would be hard to identify. (Today’s Herald-Sun features a charming interview with Friday in which he discusses the past and future of the UNC system).
As Bill Friday was a close friend and frequent photographic subject of Hugh Morton’s (as well as a key player in the donation of Morton’s portfolio to UNC-CH!), A View to Hugh offers this brief and inadequate tribute to his remarkable lifetime of public service.
To the left is a lovely portrait Morton took in April 1995. The images below show Friday with President John F. Kennedy at University Day on October 12, 1961 (cropped); Friday with John Chancellor and Terry Sanford at the groundbreaking for the National Humanities Center in April 1977; and Friday, again with Sanford, viewing Morton photographs shortly before Sanford’s death, in January 1998.
The public are invited to attend an open house hosted by UNC and the UNC General Alumni Association today from 4 p.m. to 6 p.m. in the Carolina Club at the Hill Alumni Center. (If you can’t attend the birthday celebration, greetings may be sent to the Friday home at 521 Hooper Lane, Chapel Hill, N.C. 27514). 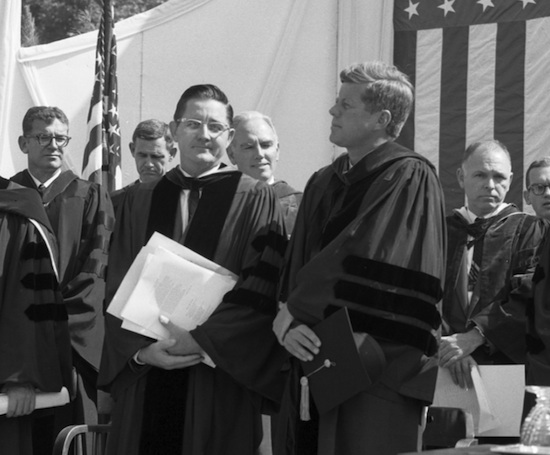 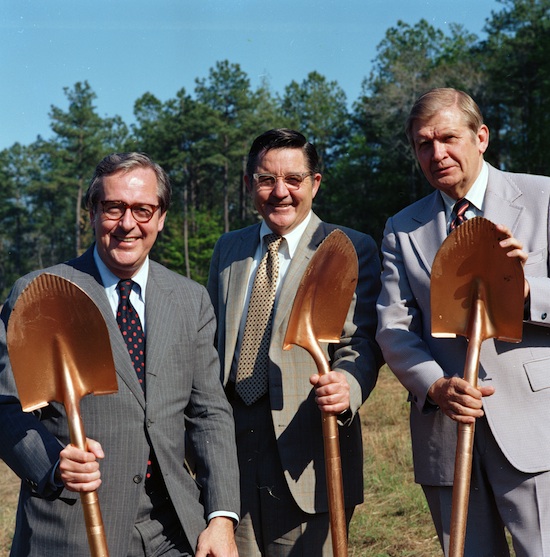 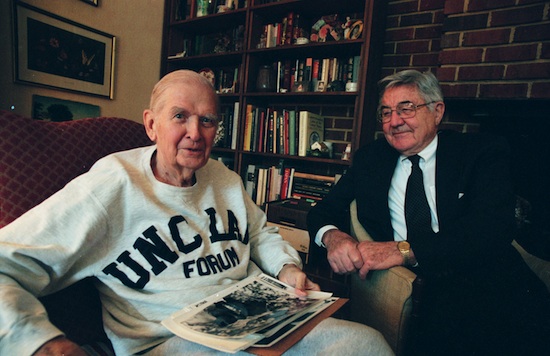