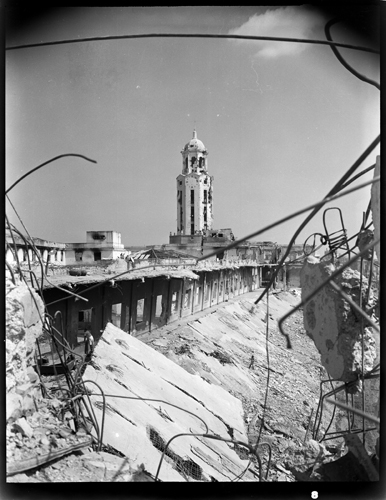 Today, February 23rd 2011, is the 66th anniversary of Joseph Rosenthal’s famous Pulitzer Prize winning photograph depicting Marines raising of the United States flag on Iwo Jima in 1945. That same day—1,500 miles to the southwest—also marked the last day of a major artillery barrage of the Intramuros, the 16th century walled fortress of the city of Manila.
Fought between 3 February and 3 March 1945, the Battle of Manila ended three years of Japanese occupation. After February 23rd, United States forces engaged the Japanese in their remaining strongholds near the Intramuros, including the towering City Hall and the massively constructed Legislative Building. Hugh Morton, as a member of the 161st Signal Photographic Company, photographed both buildings sometime after the Japanese defeat. 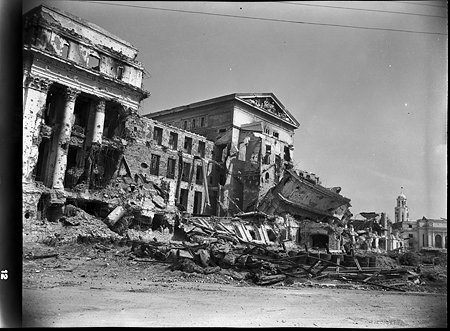 The scenes above were not identified by Morton as being in Manila, but a bit of Googling and digging in other resources uncovered their location. It is likely that the images below are also from Manila, as the architecture is fitting with the descriptions of the buildings in that area of the city.  Also, the frame numbers on the edge of the film—8 and 12—serve as possible bookends to frame number 9 on the image below. (Of course, they could be from separate rolls of film, so the numbers are not conclusive in and of themselves). 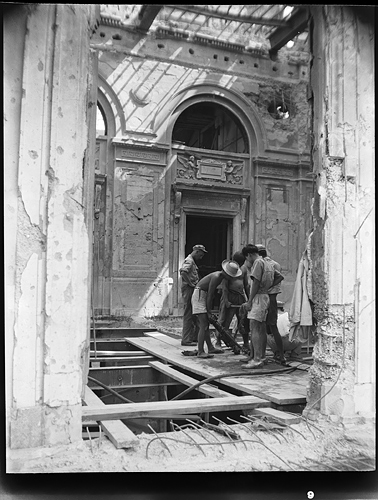 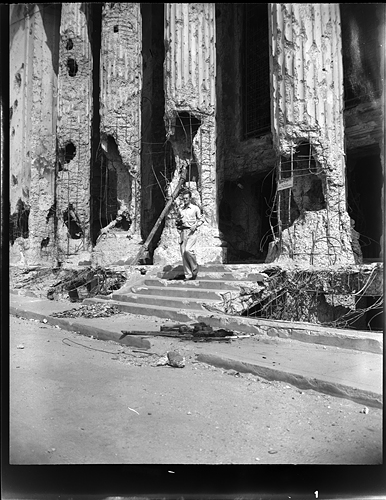 The location of the scene below of a soldier standing guard behind a colonnade (frame 4) is also unknown. 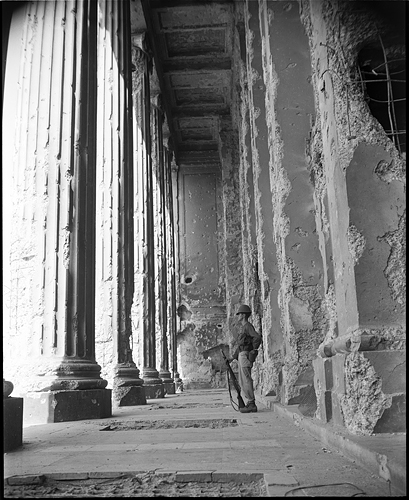 There’s several more photographs from Morton’s tour of duty in the Pacific islands; some remain unidentified, while others may be misidentified—such as a photograph of the “Pick-Up Cafe” building at 1437 Rizal Avenue that Morton had in an envelope labeled “Noumea, New Caledonia.” As far as Google Maps can tell me, there is no Rizal Avenue in Noumea, but there is a major street by that name in Manila.
There are enough clues in the image that someone with some time and access to research tools such Manila city directories or census data (if not destroyed in the war!) might help resolve. So give them all a look . . . and if you try your hand at sleuthing and have some success, please share your findings with us in the comment section!

10 thoughts on “Battle of Manila”