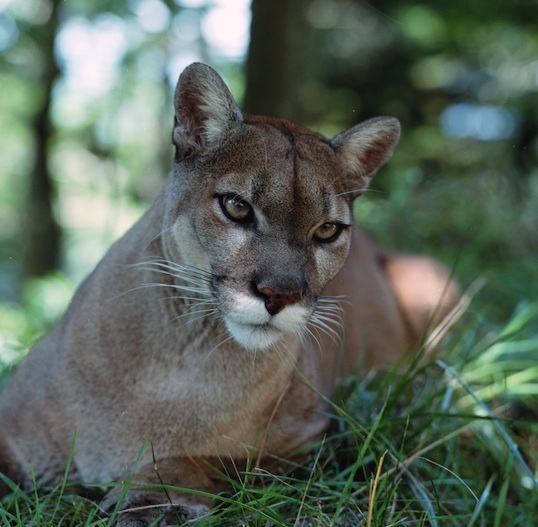 The U.S. Fish and Wildlife Service has confirmed that the Eastern Cougar (a.k.a. puma, mountain lion, catamount, red tiger, or “ghost cat”) is officially extinct — i.e., there have been no wild breeding populations of the species since, probably, the 1930s. Officials blame continuing, numerous mountain lion sightings in the eastern states on mistaken identity (either another animal entirely or a migrating Western Cougar), or on big cats escaped from captivity — though they may have trouble convincing many locals of that!
This sad news does provide an opportunity to highlight some of Hugh Morton’s striking photos of cougars in the wildlife habitats at Grandfather Mountain.
I’m not entirely sure when the first cougars came to Grandfather (circa late 1970s-early 1980s), or of the impetus for creating a habitat for them — perhaps some of the staff at Grandfather can shed light on that story? But I believe the image below to be one of those inaugural cougars, named Terra and Rajah, possibly upon arrival at the Mountain (judging from the ropes and the unhappy attitude). (Of these two, only Terra, shown in the photo at the top of this post, was an Eastern Cougar — Rajah was Western). 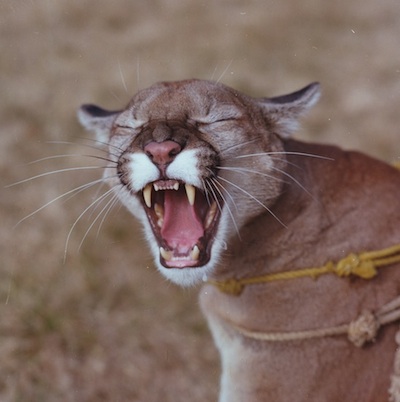 Mr. Morton was obviously taken with the animal’s extreme elegance and athleticism. He tried repeatedly to capture that perfect “cougar leap” image. I’m particularly fond of the shot below (taken in 1982 of the cougar named Judy). 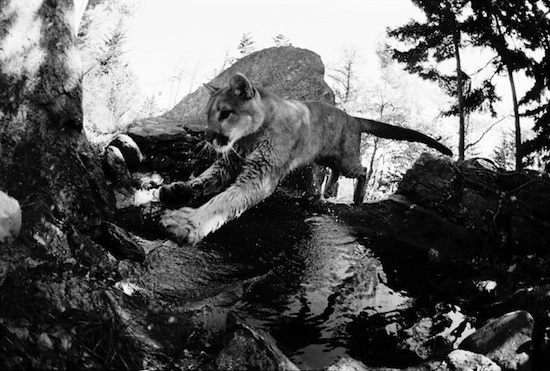 Two cougars, Nakita and Aspen, currently live at Grandfather (though the website doesn’t say whether either or both of them are Eastern Cougars). At least, through captivity programs like Grandfather’s, we can take comfort that not all of these incredible animals will become “ghosts.” 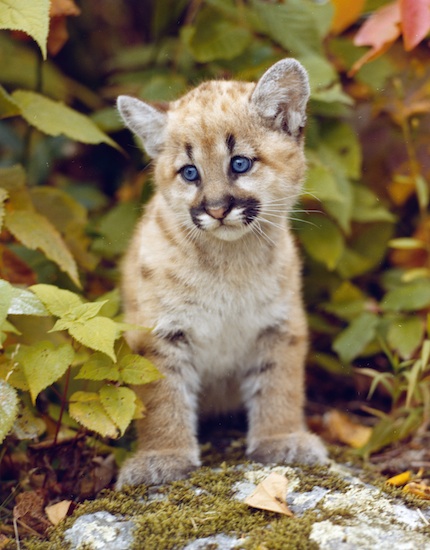