Jack Hilliard, frequent contributor as a Hugh Morton collection volunteer, reflects on his eleven years of writing blog posts for A View to Hugh. As we approach the end of the year, he looks back to see just how far we have come since he started as a volunteer with the Hugh Morton collection in December of 2008. As it turned out, that first post was based on an event that Hugh Morton didn’t attend—although, at the time, we thought he did. Weather conditions prevented Morton from getting to the 1947 Sugar Bowl game. Since we couldn’t find Morton pictures from the game, we did a brief look at the 50th reunion trip. That first post was titled, “The Tar Heel are Going Bowling…Again.”  Now—11 years and 141 blog posts later—Jack looks back at that reunion and his first “V2H” post from December 22, 2008. 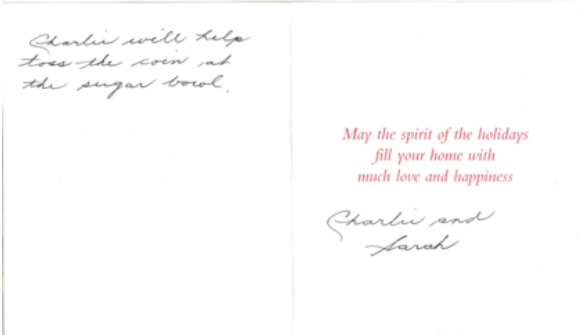 As WFMY-TV photojournalist George Vaughn and I stood on the loading platform at the Greensboro train station at 11:30 AM, Tuesday, December 31, 1996 watching the 22-car Norfolk-Southern train pull out of sight, I remembered the Christmas card that I received from Charlie and Sarah Justice in mid-December that had a hand-written-note from Sarah telling me that Charlie would be a participant at the coin-toss before the 1997 Sugar Bowl game in the Louisiana Superdome. It was all part of the 50th anniversary trip for the 1947 UNC Sugar Bowl team. As car number 8 passed by our position, Charlie and Sarah Justice were at the window waving to their many friends and fans.

Greensboro News & Record feature writer Jim Schlosser was on the same platform covering the event. He did an interview with Hugh Morton who said, “Just like Michael Jordan is the most exciting basketball player I ever saw, Charlie Justice was the most exciting football player.”  Schlosser’s headline on January 1st read, “Choo Choo, Team Make Tracks for Sugar Bowl.” 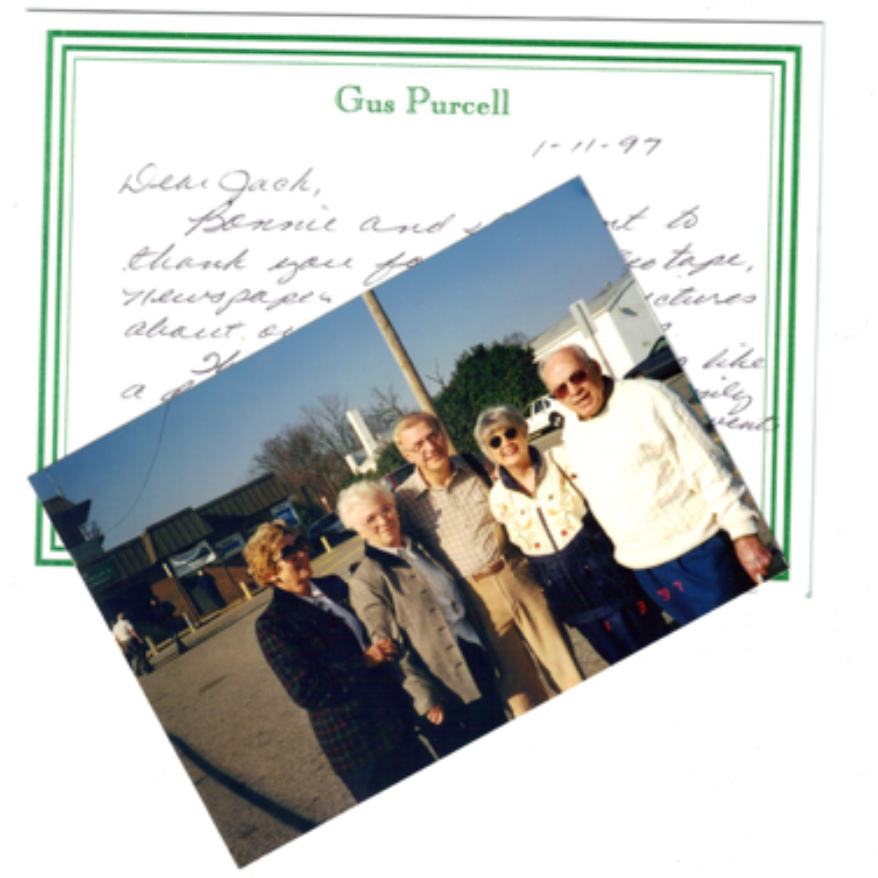 Vaughn’s videotape of the Tar Heels leaving Greensboro played back on the WFMY-TV evening news and I sent copies of the report to Morton, UNC All America Art Weiner, and 1946 Tar Heel Gus Purcell. I received thank you notes from all three and Morton and Purcell sent me pictures. I mentioned Morton’s letter in a post on November 4, 2015 titled, “A Game Fit to be Tied.”

A similar train had left from that same train station on December 21, 1946 and snaked south past the swamps and bayous of South Louisiana, headed for the same for the same “Big Easy” destination. That 13th annual Sugar Bowl game was played in cloudy, misty weather, in Tulane Stadium. It was a great game, played by two great teams, with memorable players making memorable plays—two of which were questionable. But when it was all over the two stars of the game sought out each other near midfield, and as Fred Russell describes in his 1963 book Big Bowl Football, (page 181) the conversation went like this: “Nice going, Charley, you’re a great back,” said Justice, as he clasped Georgia’s All America halfback Charley Trippi’s hand. Said Trippi, “thanks, that’s very nice of you, and I really think the same of you.” As the two All-America players stood shaking hands, the 75,000 in attendance stood and cheered the good display of sportsmanship. 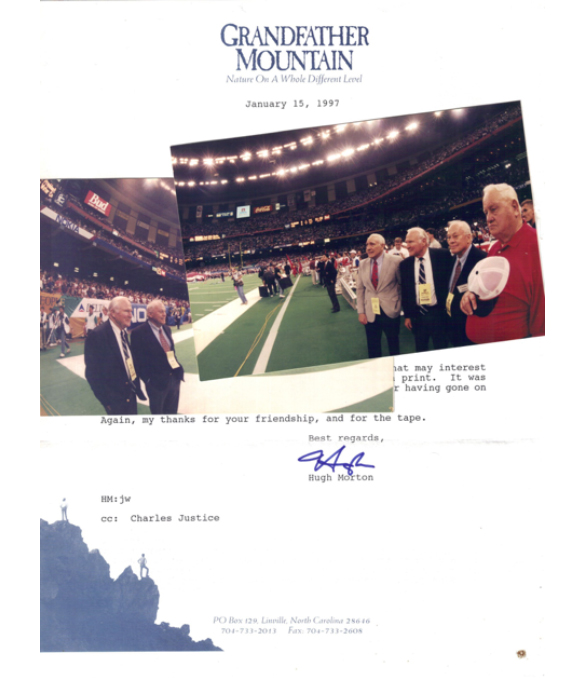 Fifty years to the date the two would meet again in New Orleans at the ‘97 pregame party and this time Hugh Morton would take the “two Charlies” picture that weather had prevented him from taking in ’47. We explained that weather situation in a post on December 28, 2012 titled “A(nother) Morton Mystery Solved.” 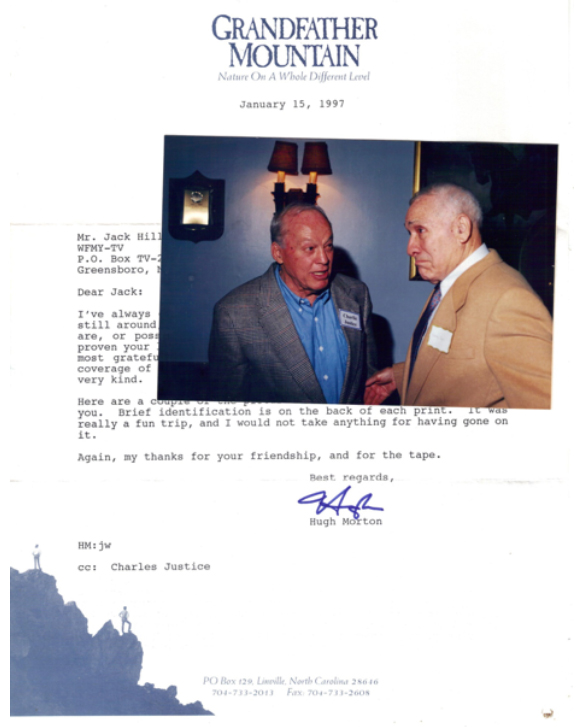 The 1997 Sugar Bowl was televised by ABC-TV Sports, but none of the estimated 25 million plus viewers got to see that pregame ceremony conducted by referee Randy Christal of the Big 12 Conference. Viewers did, however, get an extremely brief glimpse as they saw Strayhorn, Justice, and Morton walk behind the broadcast position as play-by-play announcer Keith Jackson, and analysts Bob Griese, and Lynn Swann did their pregame report. I remember how disappointed I was. I sent former Tar Heel and Sugar Bowl CEO Paul Hoolahan a note the day after the game and he put me in touch with Sugar Bowl Media Relations. Joe Scheuermann sent me a tape of the ceremony, a treasured keepsake that I still have. Another treasured item from the reunion is a book prepared by artist Harold Styers titled Hark the Sound: A Time Remembered and a Sentimental Journey. 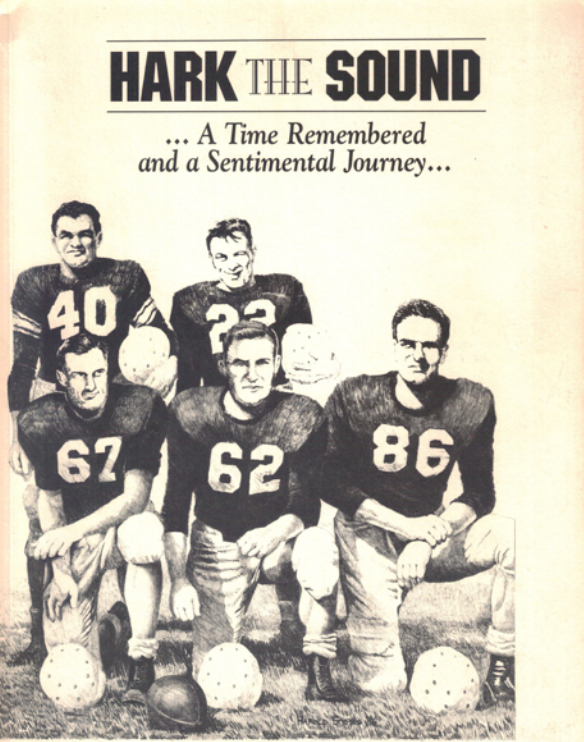 When the train arrived on Wednesday, January 1, 1997 at its location next door to the Superdome, Tar Heel end Bob Cox was interviewed by the Associated Press. He described the 1946 trip saying, “It was a great time. The War was over and we were all so hopeful.”  We did a A View to Hugh profile of Bob Cox profile on September 19, 2019 titled “The Amazing Resume of Robert Vinsant Cox.”

Following that opening ceremony, the 63rd Sugar Bowl game between the Florida Gators and the Florida State Seminoles played out before 78,344 fans in the Louisiana Superdome—a Gators win 52 to 20.

The group returned to the Greensboro train station on January 4, 1997 with lots of stories to tell. 1946 UNC co-captain Ralph Strayhorn said, “This reunion trip, there’s absolutely no losing.” We have profiled Strayhorn in a Morton web site post on June 6, 2017 titled “Always on Call for His Alma Mater.” The post included two images from the Sugar Bowl reunion.

The 1946 UNC Tar Heel football team made a monumental step forward in Carolina football history and fifty years after they took a Sentimental Journey back in time.  The Chairman of the 1947 Sugar Bowl 50th anniversary was 1946 center, #63, Joe Neikirk. He made it happen. I hope to do his profile for a V2H post in 2020.

2 thoughts on “A sentimental journey and V2H times remembered”