Although Grandfather Mountain has not achieved the iconic status that the Old Man of the Mountain had for citizens of the Granite State, we Tar Heels do have a special place in our hearts for our geological grandfather. Images of Grandfather Mountain are widely available, including on the North Carolina Collection’s postcard site, but do you know that the mountain also inspired a poem? Two, in fact. “The Legend of Grandfather Mountain” was written by Henry E. Fries and published by the Charlotte Observer Publishing House in the mid-twentieth century. A more obscure piece, “A Tribute to the Grandfather,” recently came to my attention when it appeared in manuscript form in this lovely keepsake. 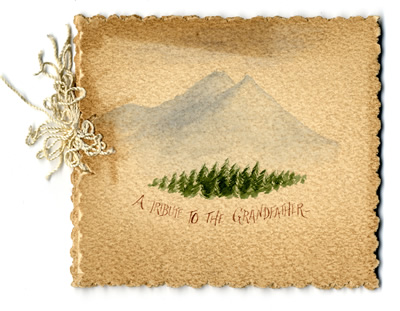 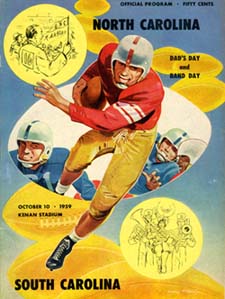 Let me go ahead and get this out of the way. I am biased. While I was born in Tennessee (once a part of the real Carolina), I’ve lived in North Carolina for 27 wonderful years and I graduated from the University of North Carolina. In my early teens, I spent one horrible year living in the lesser carolina.

Leading up to this Saturday’s football game between the Tar Heels and the Gamecocks, I’ve read several articles discussing which university can legitimately be called “Carolina.” I’ve heard it all before, and I don’t think any of the arguments have convincingly settled the debate. So I decided to get the opinion of two “experts”: Google and Wikipedia.

I entered the search term “Carolina” into both web sites and discovered that neither university was the first result returned. On Google, the University of North Carolina was the third result, ranking ten spots higher than our counterparts in Columbia. On Wikipedia’s disambiguation page, UNC was listed just above USC, scoring another win for the Tar Heels.

In a world increasingly dominated by Google and Wikipedia, I think I have finally found proof that I root for the one and only Carolina.