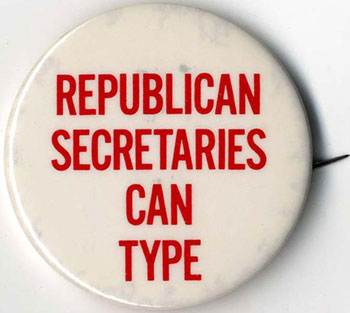 The slogan on this button sticks a fork in Rep. Wayne Hays, the once-powerful Ohio Democrat who resigned from Congress in 1976 rather than undergo an Ethics Committee investigation of charges he had put Elizabeth Ray on his payroll to serve as his mistress. Ray, 27 at the time, was born in Marshall in Madison County, North Carolina.