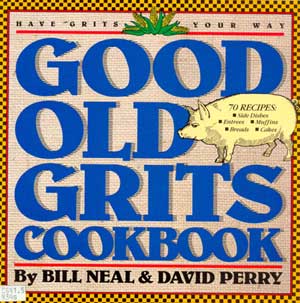 Several years ago David Perry and the late Bill Neal published a brief tribute to a great dish: Good Old Grits Cookbook. I don’t make grits much any more. I don’t have time in the morning for slow cooked grits; I don’t much like quick cooked; and I can’t abide instant. Neal and Perry reminded me, however, that grits are not just for breakfast and fit in nicely with a main dish. I was particularly struck by “eggplant creole,” essentially a vegetable stew served over hot cheese grits. The dish may be a little warm for the summer, but it is at the top of my list for the first cool days of fall.