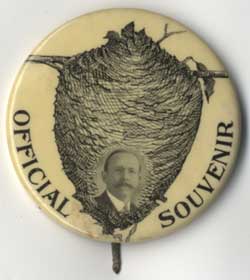 Having grown up in the Piedmont, I know little about Charlotte’s revolutionary history, which is, it seems, rather rich. During the American Revolution, General Cornwallis, experiencing staunch resistance from the citizens of Charlotte during his 1780 southern campaign, complained that the city was “a veritable hornet’s nest of rebellion.” This was publicized by proud Charlotteans, who nicknamed the city “The Hornet’s Nest.” 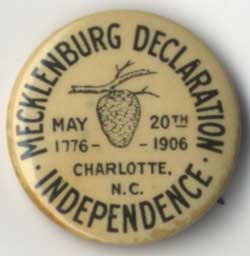 Since then, several sports teams in Charlotte have adopted the moniker. Charlotte’s NBA franchise was not the only team to use the name; baseball fans might remember the minor-league farm team that was connected with the Washington Senators until 1973. And for one brief year, the Charlotte Hornets were a participating team in the short-lived World Football League. I guess it goes to show that there’s a lot more in a mascot than meets the eye–well, maybe not the Phillie Phanatic.