As a follow-up to Bridget’s post about the “N.C. I.O.O.F.,” here are several I.O.O.F.-related items from the Lew Powell Memorabilia Collection. 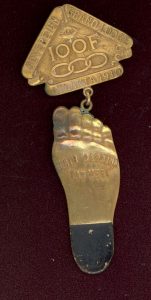 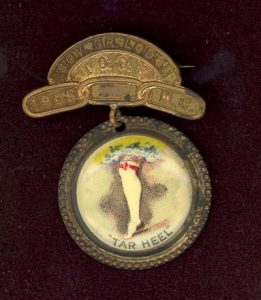 I have to say that I love the somewhat-racy button showing the lady’s leg, garter, and her “Tar Heel.” 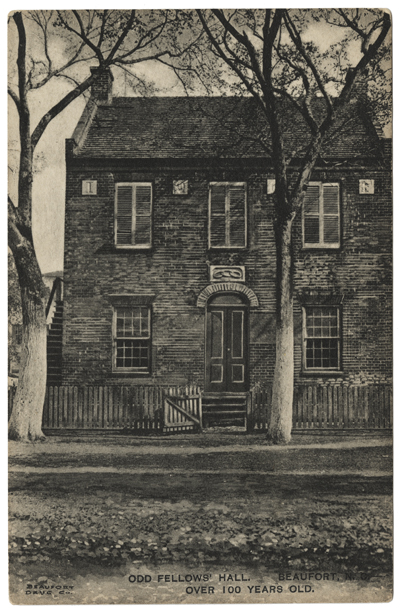 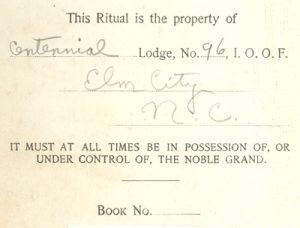