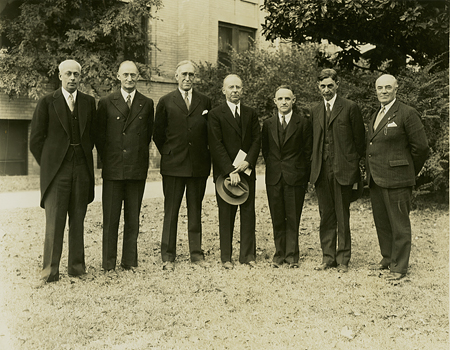 Here’s a photograph that’s got a lot of us stumped, so we are turning it over to your collective knowledge.  The photograph is labeled on the back “Presidents of UNC” and that it was once part of the UNC News Bureau, but there is no other identifying information.  A bit of investigation, however, leads me to conclude that not all of these gentleman are UNC presidents.

What we know and what we suspect: