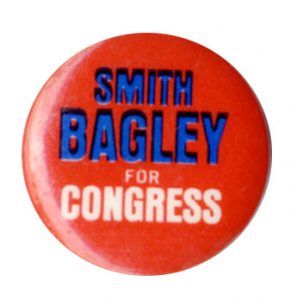 Death noted: Smith Bagley, Reynolds tobacco heir and Democratic Party fundraiser, at age 74 in Bethesda, Md., after a stroke. Though born in Manhattan, reared in Greenwich, Conn., and educated at Washington & Lee, Bagley considered himself sufficiently rooted in North Carolina to run for Congress in the Fifth District in both 1966 and 1968. 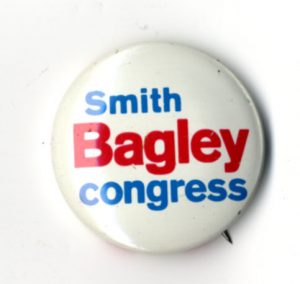 Pictured: Pinback buttons from the collection for Bagley’s campaigns. Does anybody know which years they represent?

One thought on “Smith Bagley, Tar Heel in absentia”