This is the first paragraph of the New York Times’ lengthy appreciation of the Levine Museum of the New South:

“CHARLOTTE, N.C. — It is unlikely that anything resembling the impressive Levine Museum of the New South would exist anywhere else. A museum of the New North or the New East would be merely peculiar, but here the term “New South” has a venerable heritage, recalling unrealized hopes and great expectations. There is also much at stake in trying to understand just what the term really means.”

The Greensboro Historical Museum, by contrast, comes across — fairly or not — as an out-of-touch vestige of the Old South, notable mainly for “what may be the world’s largest collection of Confederate firearms.”

I’m having linkage problems, but you can find the story in the Arts section of today’s Times. 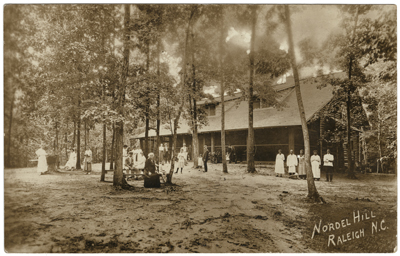 Elizabeth’s older brother Thomas Dixon, Jr. wrote The Clansman in 1905, which was adapted into the movie The Birth of a Nation in 1915.