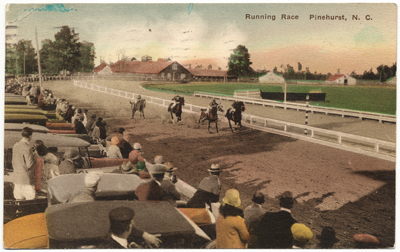 Stock car racing and NASCAR had its roots in bootlegging during Prohibition.  Today, Charlotte is a major hub for the sport, and the card below shows the Charlotte Motor Speedway (ca. 1940-1960). 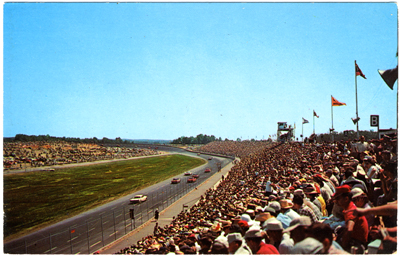 In the late 1940s, two dog racing associations opened in Morehead City and Moyock.  They were popular until the North Carolina Supreme Court outlawed them in 1953.  Below is a postcard from 1950, showing the Greyhound Rack Track at Morehead City, NC. 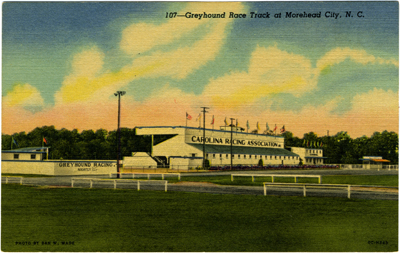 While these represent some of North Carolina’s more iconic forms of racing, a quick search in the NC Postcards website returns views showing all kinds of races, by land and by sea: