“I smoke regularly and happily, and I feel that I’m better off for it. The more I smoke, the better I feel.”

— Congressman Ike Andrews of Cary, scoffing at the latest reports (in 1979) linking smoking and mortality.

Andrews died Monday in Carrboro. He was 84. 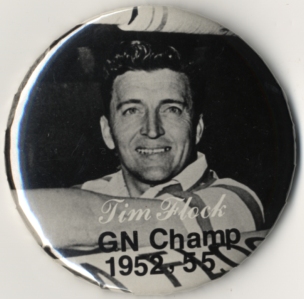 Tim Flock is considered to be one of the pioneers of NASCAR. He placed fifth in the first official NASCAR race, and he won his first Grand National Championship in 1952, narrowly beating Herb Thomas by 106 points. His second title was in 1955, and in that same year he set two records: 19 poles and 18 victories in 45 races. His record for poles in a season has never been broken, but Richard Petty broke his victory record with 27 in 1967. One of Flock’s most interesting claims to fame was his victory at the Grand National at Hickory Motor Speedway on May 16th, 1953, with a co-driver by the name of Jocko Flocko, a Rhesus monkey. To this day, Jocko is the only monkey to have won a NASCAR race. During a race in Raleigh two weeks later, Jocko became frightened by the vibrations in the wheel well, and Flock was forced to pit. Shortly thereafter, Jocko Flocko retired from racing. A month before his death of cancer in 1998, Flock was honored as one of the fifty greatest drivers in NASCAR history.