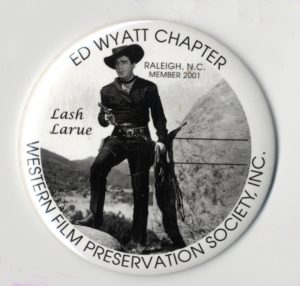 “As a young boy, Ed Wyatt had been one of the hundreds of thousands who faithfully followed [silent-movie star] Fred Thomson and his horse Silver King, and Ed waited for Fred to be given what he considered his proper place in film history. At the age of 65, Ed finally tired of waiting and personally financed 10 years of research for, and the ensuing publication of, his own tribute to Fred, ‘More Than a Cowboy.’

“When we met in Raleigh, North Carolina, I was amazed that Ed simply handed me boxes of photos and notes [about Thomson, who had been married to Oscar-winning screenwriter Frances Marion].  His attitude… was that he had done what he could and now it was my turn.”

— From “Without Lying Down: Frances Marion and the Powerful Women of Early Hollywood” (1996) by Cari Beauchamp

Ed Wyatt died in 1999 at age 82. According to his obituary in the News & Observer, “Wyatt was co-founder of Wyatt-Quarles Seed Co., which in 1955 took over the downtown Raleigh space left empty when his family’s longtime business, Job P. Wyatt & Sons, moved to larger quarters.” 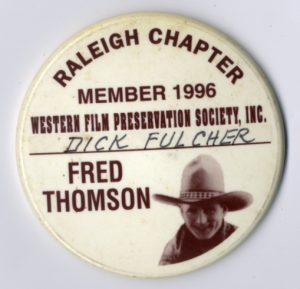