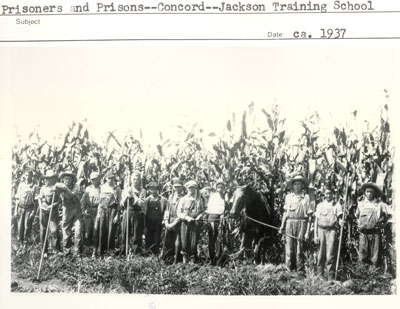 From the files of the North Carolina Collection Photographic Archives.

To read more about the Jackson Training School, see the following description at the State of North Carolina’s Highway Historical Marker page: