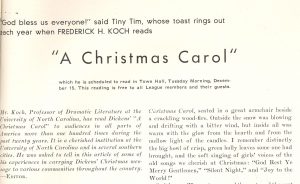 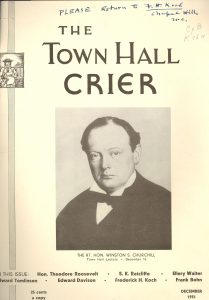 George Plimpton: What about Thomas Wolfe? Did he float into your consciousness at all?

Tom Wolfe: Yes, he did. I can remember that on the shelves at home there were…  Look Homeward Angel and Of Time and the River. Of Time and the River had just come out [in 1935] when I [at age 4] was aware of his name. My parents had a hard time convincing me that he was no kin whatsoever. My attitude was, Well, what’s he doing on the shelf then? But as soon as I was old enough I became a tremendous fan of Thomas Wolfe and remain so to this day. I ignore his fluctuations on the literary stock market.

This new Google tool tracks the literary stocks of Thomas and Tom.

This place up in Charlotte called Chuck’s where I
used to waitress and who came in one night
but Elvis and some of his friends before his concert
at the Arena, I was twenty-six married but still
waiting tables and we got to joking around like you
do, and he was fingering the lace edge of my slip
where it showed below my hemline and I hadn’t even
seen it and I slapped at him a little saying, You
sure are the one aren’t you feeling my face burn but
he was the kind of boy even meanness turned sweet in
his mouth.

Smiled at me and said, Yeah honey I guess I sure am.

“Oates takes off from an incident described by Kays Gary in ‘Elvis Defends Low Down Style,’ Charlotte Observer, June 27, 1956: ‘The waitress brought his coffee. Elvis reached down and fingered the lace on her slip. “Aren’t you the one?” “I’m the one, baby!” ‘….

“Oates’s poem… suggests a more complete and convincing match than anything I know between Elvis Presley and Bill Clinton: one man who could, and one man who can, charm you almost to death.”

— From “Double Trouble: Bill Clinton and Elvis Presley in a Land of No Alternatives” by Greil Marcus (2000)

In what four areas of North Carolina is the population at least 10 percent foreign-born?

What county is 63 percent black?

What county is the most Hispanic?

Eyeball the answers on these new  census-derived maps from the New York Times. (Type “North Carolina” in the search box.)

On this day in 1930: Fay Gardner, wife of Gov. O. Max Gardner writes in her diary about the worsening Depression: “A run made today on Commercial Bank here in Raleigh, also on the 1st National at Gastonia. Everybody losing confidence and becoming panic-stricken.”

The next day’s entry notes that “eleven banks closed their doors today.”

Before the year is out, 93 banks across the state will have gone under.

As we head into the heart of the basketball season, take a minute to explore some photos from North Carolina’s basketball heritage in a new slideshow available on DigitalNC.org.

“Voit Gilmore, 20… began working last summer to get the foremost U. S. political orator of the age down to Chapel Hill to address [the nonpartisan, undergraduate Carolina Political Union], which prides itself on paying no honorariums and on cross-questioning its speakers when they are through.

“In October he drove up to Washington, following a barrage of telegrams and letters, and made life miserable for White House Secretary Marvin Mclntyre until three weeks later, having industriously backed Mr. Roosevelt into a corner, he received word that the President would really come.

“Voit Gilmore then had to rush around raising $350 expense money. He told his hard-working mother (whom he calls ‘Bimble’) that he felt as though he had ‘landed a whale on a trout hook.’ At last, this week, Voit Gilmore rode over to the railroad station at Sanford, N. C. with Governor Hoey to receive the President.

“After becoming (for the 16th time) an LL.D., Franklin Roosevelt made a speech (broadcast nationwide) in which he invoked the shade of Theodore Roosevelt as a fighting ‘liberal,’ exhorted U. S. youth to ‘go places’ for Democracy [and most famously denied] ‘that I breakfasted every morning on a dish of “grilled millionaire.” ‘ ”

Voit Gilmore went on to become a developer, public official, world traveler, environmentalist, writer and philanthropist. He died in Southern Pines in 2005. He was 87.

— The case against sweet tea.

— Using hammer and chisel to reveal the USS Monitor.

— Earl Scruggs back on stage in Shelby.

“Henry McNeal Turner, chaplain of a black regiment, described a scene in May 1865, as African American troops marched with the victorious Union armies through North Carolina. Leaving Raleigh, Turner’s regiment reached the town of Smithfield, where they encountered a burned bridge and no other way to cross a river than to remove their clothes and wade, ‘chin deep,’ to the other side.

” ‘I was much amused to see the secesh women,’ observed Turner, ‘watching with the utmost intensity, thousands of our soldiers, in a state of nudity. I suppose they desired to see whether these audacious Yankees were really men, made like other men….’

“As Southern women ‘thronged the windows, porticos and yards, in the finest attire imaginable,’ Turner’s ‘brave boys would disrobe themselves, hang their garments upon their bayonets and through the water they would come, walk up the street, and seem to say to the feminine gazers, ‘Yes, though naked, we are your masters.’

“In this scene, charged with sexual and political symbolism, Turner captured a memory that haunted the white South for generations to come….”