I could use your help identifying the notable North Carolinian in this photo. The man at left looks awfully familiar — I’m pretty certain it’s a governor from the early to mid 20th century. Before I start to dig around on my own, I thought I’d turn to the collective wisdom of the North Carolina Miscellany readers. Any ideas? 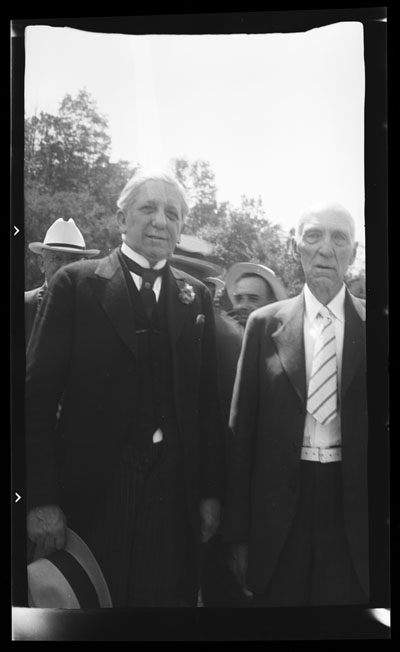