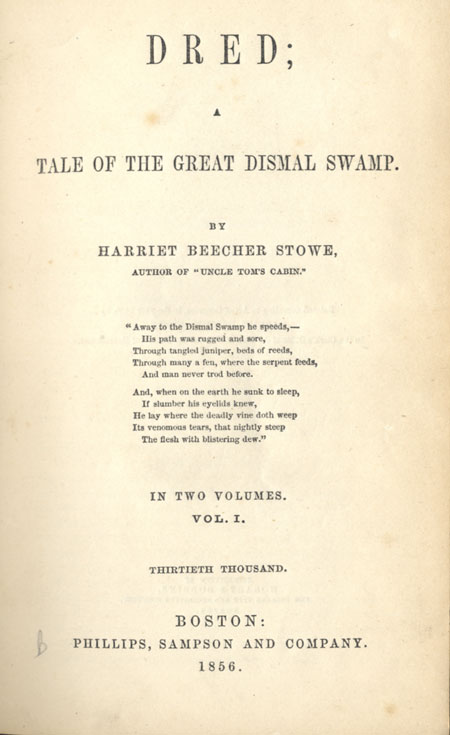 Harriet Beecher Stowe’s character Dred may have never resided in the Great Dismal Swamp, but hundreds of other enslaved individuals did. And this fall, officials plan to open a permanent exhibit on the runaway slave communities that sought safe haven in the swamp. The Great Dismal became such a common hiding place for runaways that the N.C. legislature passed a law in 1847 requiring registration for slaves working in the swamp. Unregistered slaves working in the swamp could be arrested and subjected to 39 lashes on the back. The person who arrested the slave could also demand a 25 dollar reward from the slaveowner. Employers who hired runaways or unregistered slaves could be fined $100 and imprisoned for 3 months. 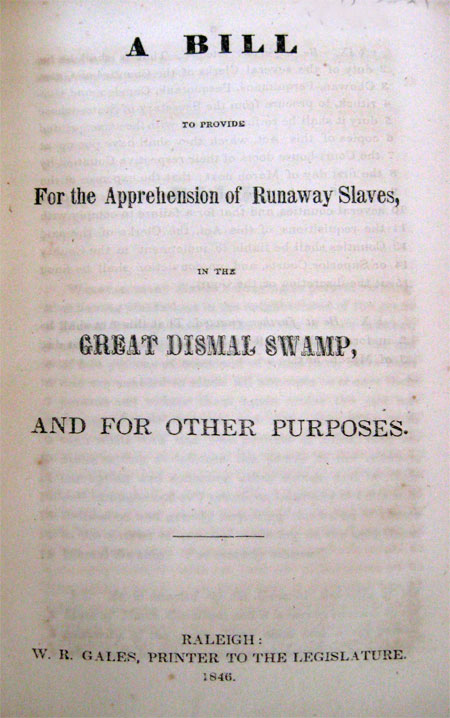 4 thoughts on “Remembering the Runaways in the Great Dismal Swamp”