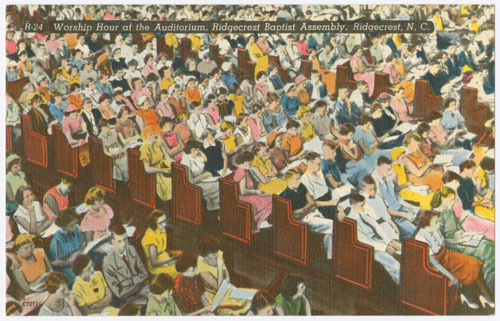 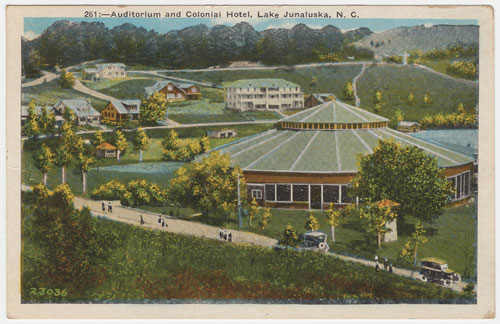 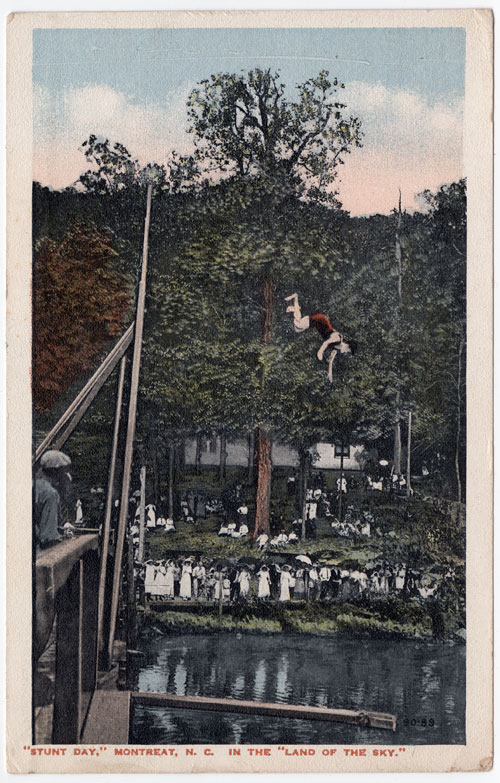 As summer winds down, some children and families are returning from sojourns at their respective churches’ assemblies in the mountains. Presbyterians, Baptists and Methodists have been congregating at their mountain resorts since the turn of the 20th century. Presbyterians chartered the Mountain Retreat Association in 1897 and shortened the first two words of their organization to give name to their Buncombe County community, Montreat. Elsewhere in Buncombe County, Southern Baptists began working on Ridgecrest in 1907. And, inspired by summer assemblies they had attended at Chautauqua Lake, New York and Winona Lake, Indiana, Methodist leaders George R. Stuart and James Atkins pushed for their church to create a place for spiritual gathering in the South. The Southern Assembly, Inc. was formed in 1908 and shortly thereafter plans for Lake Junaluska, in Haywood County, were drafted.

In recognition of the long history of church assemblies in the N.C. mountains (and the recent addition of a number of postcards of Montreat and Ridgecrest to North Carolina Postcards), we present you with a few postcards recalling the early days of such gatherings.