“At the same time [James B.] Duke was working to have the Bonsack [cigarette-making] machine perfected, he was installing a print shop in his Durham factory that could employ color lithography….

“Cards freely distributed with each pack of Cameo, Crosscut or Duke’s Best varied from the educational (flags and stamps of foreign countries) to the exotic (actresses wearing the costumes of foreign countries). Sets of ‘actresses,’ usually not fully clothed, were especially popular…. although Washington Duke objected to such ‘lascivious’ pictures….

“According to the New York Times, tobacco dealers like Duke used premiums to ‘entice boys to excessive cigarette smoking… Many a boy under 12 is striving for the entire collection, which necessitates the consumption of nearly 12,000 cigarettes. He will become demoralized and possibly dishonest to accomplish his purpose.’

“This commodity-connected collecting was a lasting innovation that continues today with baseball cards….”

— From “The Cigarette Century: The Rise, Fall and Deadly Persistence of the Product the Defined America” (2007) by Allan M. Brandt 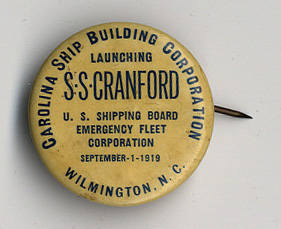 “The more violent forms of hate-peddling [during the 1960 presidential campaign] have come in for attack by major Southern papers [such as] the Greensboro, N.C. News: ‘Organized efforts on the part of respectable Protestant churches to inject venomous, and in many cases false, prejudice into the presidential campaign are in themselves violative of the American tradition of separation of church and state’….  Said the Raleigh News & Observer: ‘Certainly to hold John Kennedy responsible for the Spanish Inquisition is to say the least a little ex post facto.’

“Most papers try not to cover the subject until it hits them in the face. Jonathan Daniels of the  News & Observer states the case baldly: ‘We wouldn’t dream of going out and trying to stir up more debate.’

“The section that causes most concern to Southern editors is the often-neglected letters-to-the-editor column…. The Charlotte Observer… declines to run letters ‘in which members of one faith attempt to recite what members of another faith believe…. We are not prepared, for one thing, to check the authenticity of statements attributed to Catholic authors or clerics. We want to know what our letter writers think, not what our letter writers believe someone else thinks.’ “ 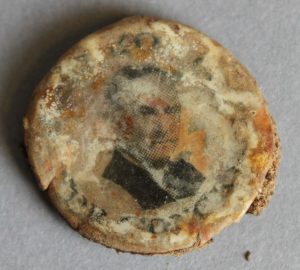 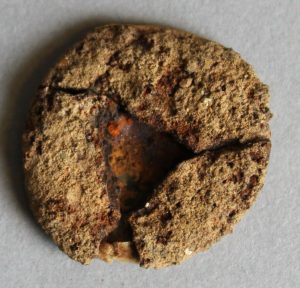 “When newspapers reported in 1991 that a fire in a Hamlet, North Carolina, chicken-processing plant had killed 25 workers who were trapped by locked doors, labor historians  recalled the 1911 Triangle Shirtwaist fire in New York City, in which 146 garment workers were killed. It was a tragedy that helped bring about modern worker-safety laws.

“We have very little [at the Smithsonian Institution’s National Museum of American History]  that tells the Triangle story and didn’t want to leave the curators of the future with as little about Hamlet. And so a trip to Hamlet, along with extensive negotiations with state and federal officials, secured a factory sign, one of the infamous locked doors, and other artifacts.”

— From “What Do We Keep?” by curators Steven Lubar and Peter Liebhold in American Heritage, spring 1999

” ‘Here comes Uncle Sam!’ is what I used to hear on my mail route in west Durham. Mostly I heard this from older African Americans — along with the usual jokes about bills, junk mail and checks. Almost one-fifth of my customers received Social Security checks, and many of them relied on me to deliver their medications, including on Saturdays.

“What I didn’t fully appreciate until later was the reassurance they got from seeing their letter carrier and the connection I represented to the Postal Service and the federal government. For them, the post office was also quite likely a place where a relative had found employment — enabling a middle-class lifestyle, homeownership and college tuition for the kids.”

— From “What we’ll lose if we lose the post office” by Philip F. Rubio in the Washington Post (July 29)

The Postal Service’s list of proposed closings includes 20 locations in North Carolina, from Raleigh and New Bern to the Appalachian Trail.

— Why are Robert E. Lee‘s descendants playing keep-away with historians?

— After Appomattox, a scourge of suicide, divorce and debt.