“In seven months there had been eight passenger train pile-ups on the three main lines running down the east coast to Florida resorts — the Seaboard, Atlantic Coast Line and Florida East Coast Railway. Three of the wrecks were in North and South Carolina, where the swift streamliners slide through the night.

“In James Boyd’s ‘Marching On,’ a novel of the South in the 1860s, Big Bill the Brakeman, who rode the historic Wilmington-Weldon (N.C.) run, bragged that he worked on ‘the wreckingest road in the Union.’ The Carolinas were beginning to wonder if they were getting to be the wreckingest states.”

“The transformation of a sweet Carolina country clown into a monster [for his role in “A Face in the Crowd” (1957)] was almost too much for Andy Griffith….[Director Elia] Kazan set out to turn his unsuspecting actor into the movie’s angry, dangerous hillbilly predator, to find the mean core in the vulnerable Griffith and expose that to the larger world, all of which caused great damage to Griffith’s marriage and to his view of himself as a human being….

“Kazan began with intimate, probing conversations; by revealing his own poor immigrant past, he got Griffith to reveal his poor hillbilly past in Mount Airy, North Carolina. Kazan learned that as a boy the actor had been labeled ‘white trash’ because of where he lived and who his people were. Bingo! Kazan had his key vulnerability….

“Kazan could merely whisper ‘white trash’ at Griffith between clenched teeth before turning on the cameras, and the fury of the outsider would rise in the actor….

“Kazan also carefully engineered Griffith’s isolation from the rest of the cast and crew , so that he would feel even more the hillbilly oddball….At a party at [co-star] Patricia Neal’s home, Griffith — who, now constantly in character as Lonesome Rhodes, seemed to feel he had to be the center of attention — showed his ignorance about art and literature in front of the very sophisticates from whom the real Andy Griffith sought approval, and his subsequent embarrassment made him withdraw sullenly….The next day on the set, Kazan suggested that members of the company line up and publicly mock Griffith for his dumb-hick ignorance of the night before. As a result, Griffith [according to an account in the New York Times] did ‘a fine psychotic day’s work.’

“In fact, Griffith the man was growing as dangerous as Lonesome Rhodes the character. Griffith made the tabloids during the filming as something of a wife abuser. He was said to ‘get out of hand.’ There was one item about his flying into ‘an ungovernable fury ‘ at his wife, Barbara, and smashing multiple closet doors…Griffith [said later], ‘I did a lot of things to Barbara, mostly with silence…. You play an egomaniac and paranoid all day, and it’s hard to turn it off by bedtime.’ ”

Every time I see  “A Face in the Crowd” and “Ace in the Hole” (1951), I’m bowled over by how keenly they predict today’s media excesses.

“In his nine years as coach at the gridiron-conscious University of Maryland, Big Jim Tatum saw his Terrapins cover themselves with glory: they won 71 games, lost only 13, played five bowl games. It was only natural, therefore, to expect that when Big Jim announced that he had accepted a $15,000 coaching job at the University of North Carolina, Maryland should be plunged in gloom. But the gloom was hardly universal — nor was there cheering at Chapel Hill….

“Roared North Carolina’s Tar Heel on Tatum’s imminent arrival: ‘Now that we have this parasitic monster of open professionalism in our midst, let’s not hold on to any delusions about it. Let’s not think that it will fail to dye the whole fabric of athletics at the university. Let’s not think either that it will fail to take its toll on the academic health of the school. Let’s not believe that Jim Tatum . . . will play the game any more for the old college try here than he did at Maryland. He will play to win and win alone.’ ”

“In North Carolina, which has laws requiring ‘compatible’ sand for artificial beaches, there have been artificial beaches that are rocky (Oak Island), shelly (Emerald Isle), full of construction debris (Holden Beach) and muddy (Atlantic Beach)….

“In all cases… government failed to halt the emplacement of poor-quality sand. In the rush to save beachfront property, it seems anything goes.”

— From “The World’s Beaches: A Global Guide to the Science of the Shoreline” by Orrin H. Pilkey, William J. Neal, James Andrew Graham Cooper and Joseph T. Kelley (2011) 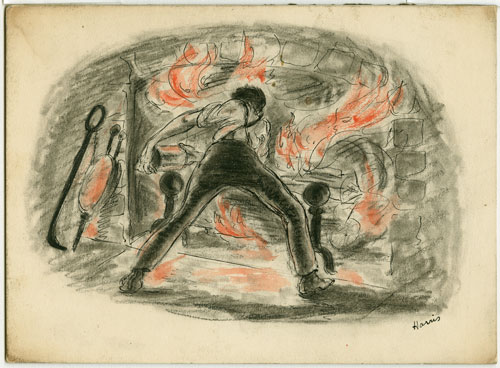 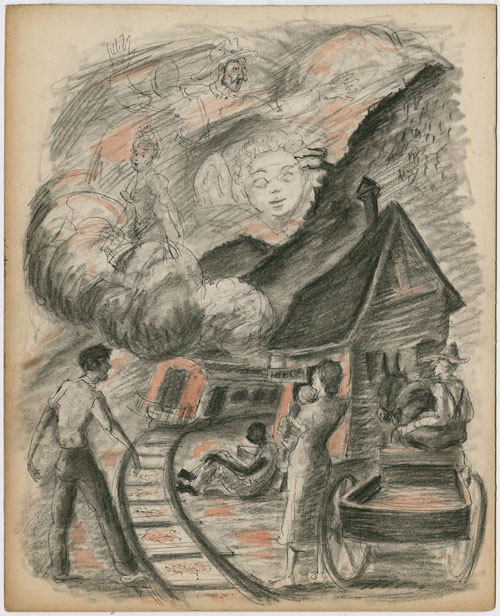 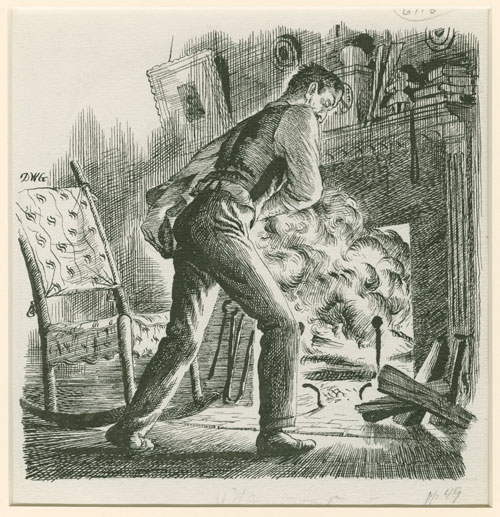 Happy Birthday Thomas Wolfe! The author was born 111 years ago today in Asheville.

On this day in 1962: An “open letter” advertisement in the New York Times urges President John F. Kennedy to delay implementation of recent Supreme Court school desegregation decisions until “Biology of the Race Problem,” a new book by Wesley Critz George, can be introduced as evidence.

Gov. John Patterson of Alabama has commissioned George, retired head of the department of anatomy at the University of North Carolina School of Medicine, to write a scientific defense of white supremacy.

George’s book will be remembered by some as “the last stand” of pseudoscientific racism.

— Ken Burns missed quite a scene at the Eureka Saloon.

— “We wish to negotiate with you about the Bodys of the twins….”

“In 1898, Mr. George Stockton Wills, a graduate both of the University of North Carolina and of Harvard, made an elaborate study of the literature produced in the South before the Civil War. He brought to light a number of literary figures whose very names have been forgotten. The more you consider these figures, however, the more inevitable seems the neglect into which they have fallen. They were simple, sincere, enthusiastic writers, mostly of verse; but their work, even compared only with the less important Northern work of their time, seems surprisingly imitative….

“One plain cause of… this comparative literary lifelessness… has not been much emphasized. From the beginning the North was politically free and essentially democratic…. There was no mob; the lower class of New England produced Whittier….

“In the South, at least from the moment when slavery established itself, a different state of affairs prevailed…. Surrounded by a servile population of unalterable aliens… the ruling classes dreaded political experiment to a degree almost incomprensible in the North, where social conditions permitted men of power to neglect politics for personal business.”

— From “A Literary History of America” (1900) by Barrett Wendell