Also this week, we heard about a boarding school for overweight children in North Carolina. In that story, we mentioned that, because of the school’s policies, you won’t find any buttered cornbread, pork barbecue or huckleberry pie. But North Carolina native, Elizabeth Thompson(ph) of Durham wants to know, what huckleberry pie? She writes: I’ve never seen it offered in a restaurant or on the table at a church picnic. I don’t even know what a huckleberry looks like. While this may seem like a quibble, the mention of huckleberry pie perpetuates regional stereotypes, reinforcing images of quaint bumpkins living in Mayberry. We don’t eat huckleberry pie — really.

BLOCK: Well, for a second opinion, we turned to Bill Smith. He’s the chef at Crook’s Corner Restaurant in Chapel Hill.

BILL SMITH: Well, I have to agree. I mean, I don’t take the regional umbrage that they took, but I have to say that I don’t think that we have those here.

NEARY: We also checked back in with our own reporter, Karen Grigsby Bates, to find out why huckleberry, to which she offered this very personal answer: I used to pick them as a child when I spent part of many summers with my maternal grandparents in Charlotte. They had several huckleberry bushes in the backyard. They’re kind of like blueberries but smaller, and they make great pies and very good jam.

BLOCK: So one huckleberry mystery solved, but Bill Smith of Crook’s Corner Restaurant has another that’s long had him scratching his head.

SMITH: That stupid thing in “Moon River” about my huckleberry friend has always given me pause. I don’t know what that’s supposed to mean, so it goes with pie, I guess. They go and have pie together somewhere.

— From npr.com via poynter.org

We’ve just added two early Charlotte newspapers to the North Carolina Newspapers digital collection. The Catawba Journal (1824-1828) and the Miners’ and Farmers’ Journal (1830-1835) document life in a town that was very different from today’s thriving metropolis.

The Catawba Journal covered news of national and local importance, and printed some of the early discussions about the Mecklenburg Declaration of Independence. The Miners’ and Farmers’ Journal included news of a more practical nature, especially for those active in mining what was then known as the “gold region” of North Carolina. Both titles include a wealth of fascinating information: the articles, reprints, and advertisements give a rich impression of life in Charlotte in the early 19th century.

A colleague at our main campus library recently forwarded me a link to this web project from the University of Richmond:

Latinization of Southern Space and Place

It includes images from several North Carolina towns and communities. 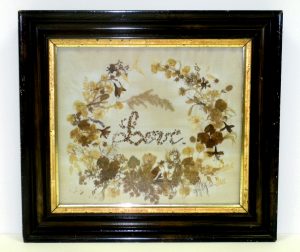 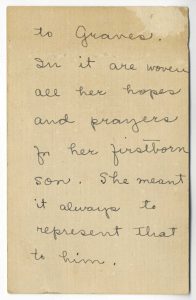 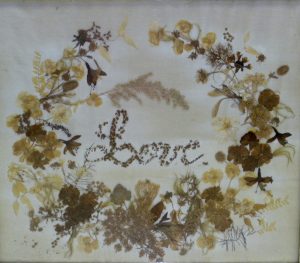 “It was maybe an hour before midnight at the Avalon Nightclub in Chapel Hill, and the Miz [a player on the MTV reality show “The Real World”] was feeling nervous. I didn’t pick up on this at the time — I mean, I couldn’t tell. To me he looked like he’s always looked, like he’s looked since his debut season, back when I first fell in love with his antics: all bright-eyed and symmetrical-faced, fed on genetically modified corn, with the swollen, hairless torso of the aspiring professional wrestler he happened to be and a smile you could spot as Midwestern American in a blimp shot of a soccer stadium.”

— From “Pulphead” (2011), a collection of essays by John Jeremiah Sullivan reviewed in The New Yorker (December 19)

On this day in 1862: Private D.L. Day, Co. B, 25th Massachusetts Volunteer Infantry, writes in his journal while on duty in Kinston:

“Early in the morning the camp was astir. The general ordered that in order to lighten our teams, every man take three days’ rations and 60 rounds of extra ammunition. While this was being dealt out, someone suggested that the teams could be still further lightened by issuing a ration of whiskey. Acting on that suggestion, the liquor was ordered and there was far less complaint about taking it than there was in taking the extra ammunition. Breakfast over, the chaplain offered prayer, after which a hymn was sung; we then filed into the road and commenced the march. The advance was well up the road, and we began to hear firing ahead. As we drew nearer, it became more distinct and there was more of it.

“We hurried on and soon met the stretcher corps bringing out the dead and wounded men. This to me was a sickening sight, to see men with pallid faces, writhing with pain and blood dripping from the stretchers. I know not how it is with others, but there is nothing that so completely takes the pith out of me when going into action as this. I want to get engaged before seeing the dead and wounded; after that I do not mind so much about it.”

I received an interesting email from the Historical Publications Section of the North Carolina Office of Archives and History concerning The Old North State Fact Book…it is now published in Spanish. See below for more information: 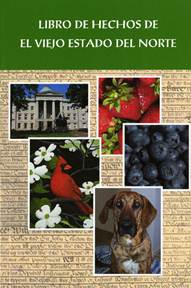 First published in 1976 and now in its sixth revised edition, The Old North State Fact Book provides a concise reference source for North Carolina’s early history, along with information on the State Capitol; the Legislative Building; the Executive Mansion; and the state flag, seal, song, and motto. The book also includes information about and color pictures of all official state symbols and festivals. A list of North Carolina’s governors (1585–2011) completes the text.

–
“The University of Illinois picked up a good bargain for $30,000: Illinois-born Poet Carl Sandberg’s private library, now housed at Sandburg’s North Carolina goat farm.
–
“Items: reams of Lincolniana (including the manuscripts of three volumes of Sandburg’s works on Lincoln), revised manuscripts of Sandburg’s Complete Poems and his yet unpublished Song Bag, Sandburg’s correspondence with a galaxy of fellow poets, as well as with such letter writers as Evangelist Billy Sunday and Franklin D. Roosevelt.”

On this day in 1862: Private D.L. Day, Co. B, 25th Massachusetts Volunteer Infantry, writes in his journal while on duty in New Bern:

“We were right glad to once more get back to camp, where we could clean ourselves up and get a change of clothing, but were much more glad to find mail and express matter from home. We were not, however, overjoyed to find an order awaiting us to be ready early in the morning to start on a long and rapid march, but having become accustomed to adapting ourselves to circumstances, the order was soon forgotten and we were absorbed in our letters and papers, after which the contents of the boxes were attended to. There was a generous quantity of goodies from the loved ones at home, some of which are of a perishable nature; what shall we do with them?…There are no taps tonight, and the candles burn long and well, so we sit down and gorge ourselves until we can eat no more, putting aside what we think will keep until we get back and crowding as much as we can that remains into our haversacks.

“By morning we are ready. I wear my best clothes, thinking if I should happen to become a guest at the Hotel de Libby [the Confederacy’s notorious Libby Prison in Richmond], I should like to appear respectable.”

For years, the donated piano sat upright and unused in a corner of the nursing home’s cafeteria….Then came a new resident, a musician in his 80s with a touch of forgetfulness named Boyd Lee Dunlop, and he could play a little. Actually, he could play a lot, his bony fingers dancing the mad dance of improvised jazz in a way that evoked a long life’s all.