There are a lot of curiosities in the old newspapers we’re digitizing, but rarely do I come across any complete mysteries like this ad, which I found in the Fayetteville Observer from January 8, 1863. Do any of you know anything about Blue Mass? 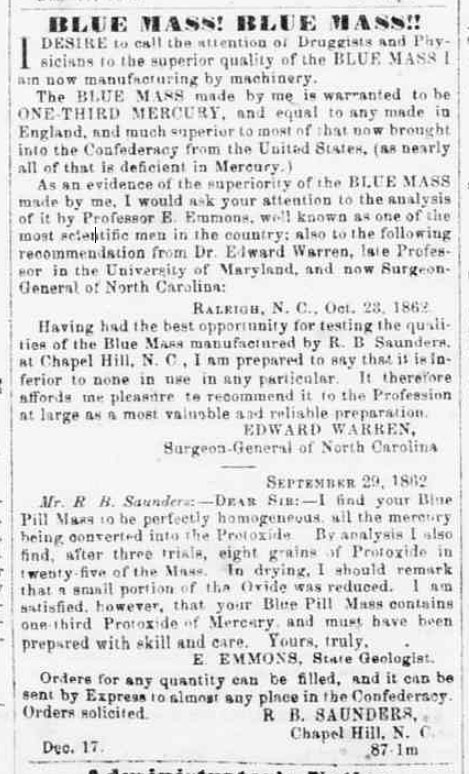 On this day in 1990: Dr. Henry Stenhouse, a Goldsboro ophthalmologist, announces his candidacy for Congress. At 100, Stenhouse is perhaps the oldest person ever to run for office in North Carolina. “I’m a revolutionary,” says Stenhouse, who opposes welfare, seat-belt laws and AIDS research.

After a campaign that includes an appearance on “The Tonight Show with Johnny Carson,” Stenhouse finishes third in a three-man race for the Republican nomination, although he handily carries Goldsboro and Wayne County. He will live to be 105.