Did you know the North Carolina Collection has a vast collection of cookbooks?  Here are a few recipes from some early 1900s cookbooks that may help with your party planning. 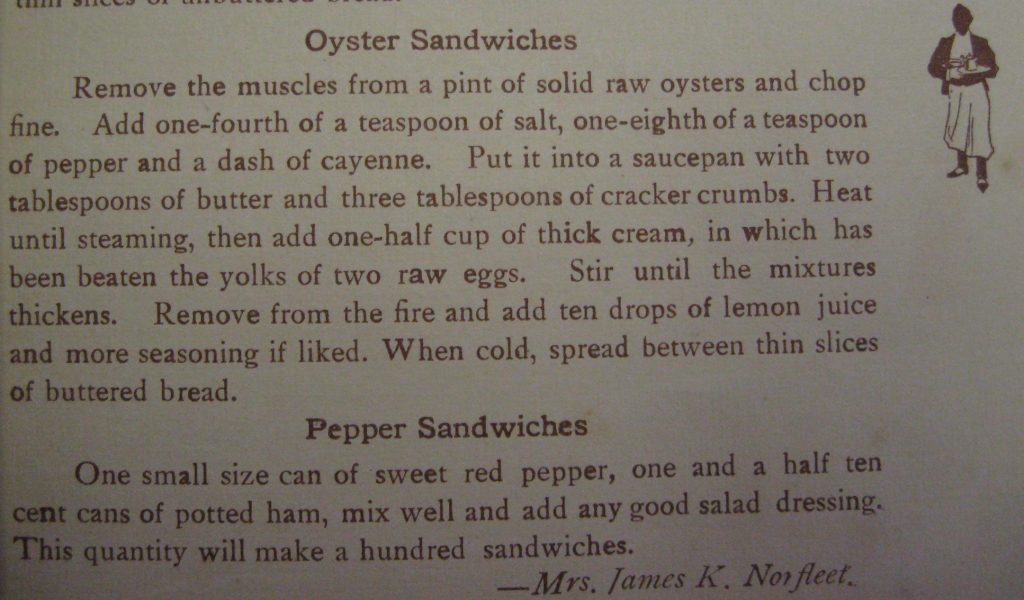 From The Twin-City Housewife

From The Henderson Cook Book

Or for the more daring…

On  this day in 1865: Capt. G.W. Booth responds to Gov. Zeb Vance’s request for a report on conditions at the Confederate prison at Salisbury: “About the 5th of November, 1864, a large number of prisoners of war, some 8,000, were suddenly sent here, the Government having no other place to send them. The grounds were enlarged and such preparation as could be made were arranged for their reception. A short time after their arrival tents were issued, and now they are all under shelter of some sort. The number of prisoners confined here has reached as high a figure as 10,000.

“The matter of food receives the earnest attention of the commanding officers. They [prisoners] regularly receive one pound of good bread, one pint of soup, besides small issues of meat or sorghum. Sometimes small quantities of both. As to clothing, their condition is truly deplorable, most of them having been prisoners some six or nine months. The Confederate Government cannot issue clothing to them, and none has been received at this post from the North.”