“In the early 1860s, North Carolina Chief Justice Richmond Pearson denied the divorce petition of a woman who claimed her husband had horsewhipped her. He noted in his decision: ‘The law gives the husband power to use the degree of force necessary to make the wife behave and know her place.’ ”

“For black political leaders, the Bible — the one book with which they could assume familiarity among their largely illiterate constituents — served as a point of reference for understanding public events.

“When in 1870 North Carolina’s House impeached Gov. [W.W.] Holden, 17 black legislators issued an address that began: ‘Know ye that since the time that Haman conspired to destroy all the Jews who dwelt in the Persian Dominions… no wickedness hath been devised that will bear any comparison with some of the measures proposed by the dominant party in the present General Assembly.’ ”

“Following the [1965 vote against the poll tax], Sam Ervin was asked why he routinely offered amendments to civil rights bills that he knew would not succeed. He replied with a biblical injunction from Exodus 32:2 ‘Thou shalt not follow a multitude to do evil.’ ” 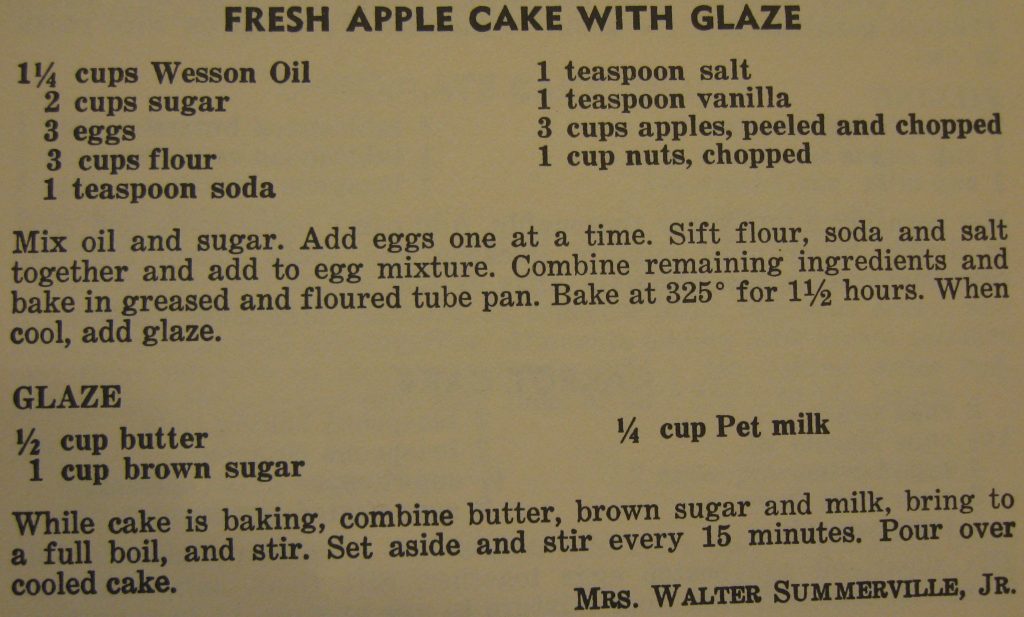 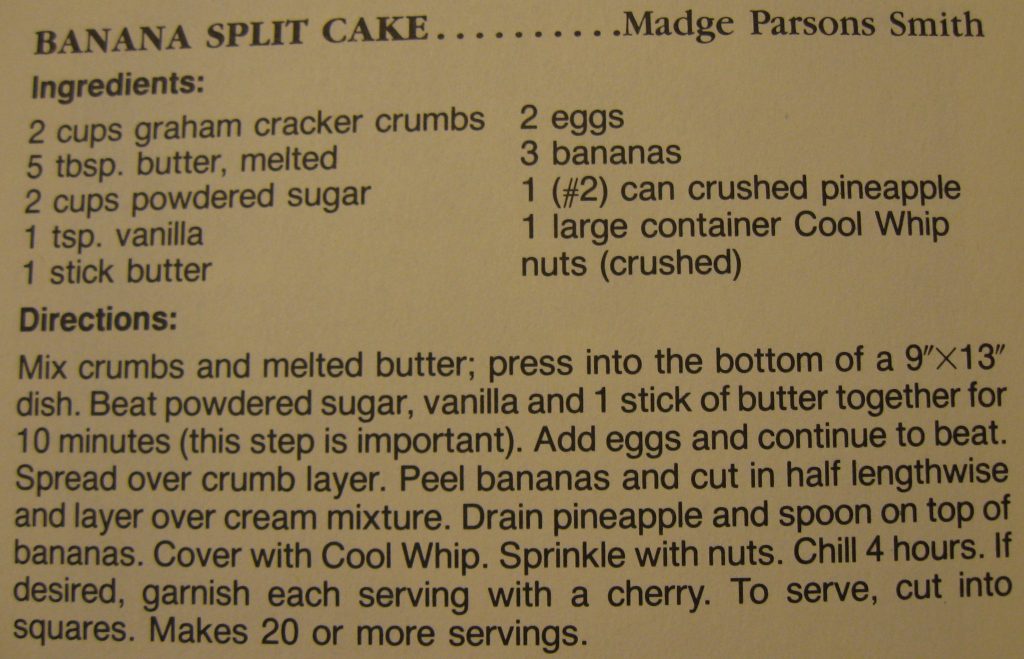 It’s time for another round of “Can you guess this notable figure from their yearbook photo?” featuring images from the North Carolina Yearbooks collection on DigitalNC. Here you go:

These two folks have a couple of things in common: both attended, but did not graduate from colleges in North Carolina, but their lack of a degree did not stop them from rising to positions of national significance in the second half of the 20th century. The similarities end there, to say the least.

You can post your guesses in the comments field here. If you can’t stand the suspense any longer, head over to our Yearbook Photos of Notable North Carolinians set on Flickr to find the answers.

When the A Word A Day email service discussed “verbal fighting,” Ed Greer of Philadelphia responded:

“When I was a kid in the 1960s, we did something we called ‘Carrboro fighting’ (Carrboro was the town on the other side of the railroad tracks).

“You faced your opponent placing your right shoulder against his right shoulder, and walked around in circles yelling insults at each other. The loser was the person who either ran out of insults or repeated himself.”

On this day in 1933: The State, a weekly magazine boosting North Carolina’s industries, tourist attractions and lifestyle, debuts in Raleigh. Publisher Carl Goerch, a New York native who becomes the state’s most tireless promoter, will sell out in 1951, but the magazine continues to be published, most recently as the monthly Our State.

To the United Brethren of Wachovia.

Gentlmen,
I am greatly indebted to your respectful and affectionate expressions of personal regard, and I am not less obliged by the patriotic sentiments contained in your address.

From a society, whose governing principles are industry and the love of order, much may be expected towards the improvement and prosperity of the country in which their Settlements are formed,–and experience authorizes the belief that much will be obtained.

Thanking you with grateful sincerity for your prayers in my behalf, I desire to assure you of my best wishes for your social and individual happiness.

President George Washington included the Salem Moravian settlement among his stops during his 1791 Southern tour. Washington was greeted by a band when he arrived in the afternoon of May 31. On June 1 he spent the morning touring Salem, with visits to a workshop and Choir house. At 2 pm leaders of the community delivered a formal address to Washington. The President then responded with a few comments, which, according to Moravian records, are those above. Washington left Salem and headed for Guilford battleground at about 4 a.m. on June 2. 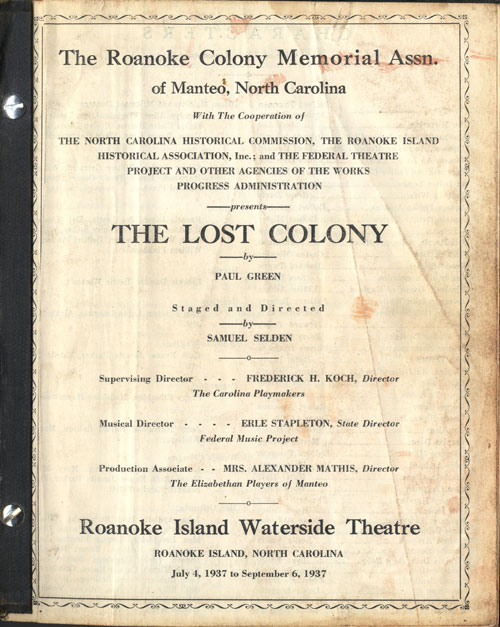 As the sun drops below the horizon tonight, more than 100 actors, singers, dancers and stage technicians will mount the opening night show for the 75th season of Paul Green’s award-winning drama The Lost Colony. The play premiered on Roanoke Island in the summer of 1937. The images featured here are from a prompt book used for productions during the outdoor drama’s first season. Although the name of the play’s director, Samuel Selden, is on the cover, our records do not indicate whether the prompt book belonged to Selden or another member of the cast or crew.

“Reports linking the death rate from cancer with cigarette smoking were ridiculed this week by Donald C. Cooley, author of  ‘Smoke Without Fear,’ a 32-page booklet published by True Magazine.

“Cooley, managing editor of Your Health and Your Life magazines, has one piece of advice to persons who enjoy smoking and who have been unsuccessful in their attempts to give up the habit — quit trying.

“Cooley pointed out that consumption of cigarettes in the United States has increased 456 percent since 1920, and lung cancer deaths in men have increased 411 per cent since 1930.

“A graph, he adds, would show cigarette smoking and lung cancer deaths shooting up at the same frightening rate.

” ‘However,’ Cooley said, ‘you can make a similar chart showing that the cost of living has increased in about the same proportion as has male lung cancer. A debater might argue that four times as many men now have cancer because coffee now costs $1.20 a pound, as against 30 cents in 1930.’

“By the same token, he pointed out, life expectancy has risen with the increased use of cigarettes.”

Donald C. Cooley is actually Donald G. Cooley, otherwise best known as author of  “The New Way to Eat and Get Slim” (1941) and founding editor of the magazine that would become Mechanix Illustrated.

tobacco.org reprints Cooley’s sophistic booklet , which was the brainchild of Hill & Knowlton, the industry’s PR factory.