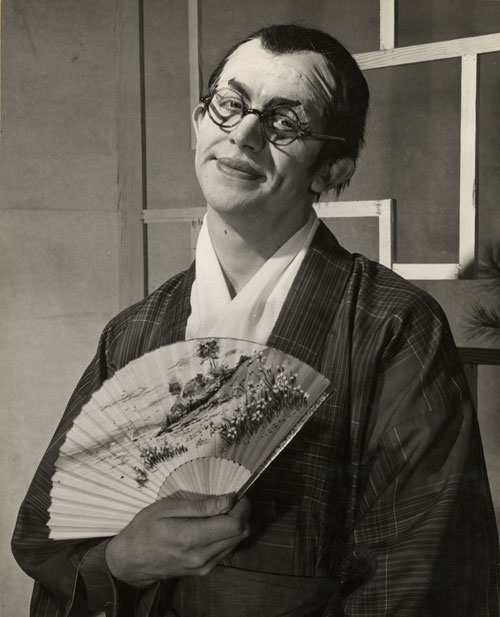 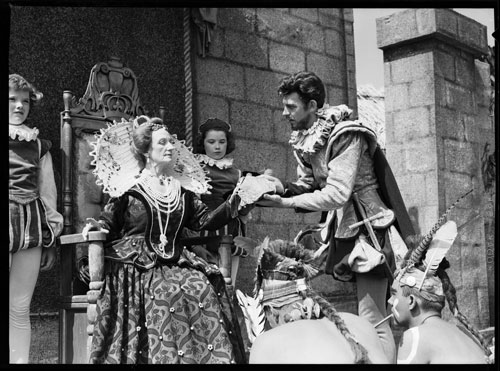 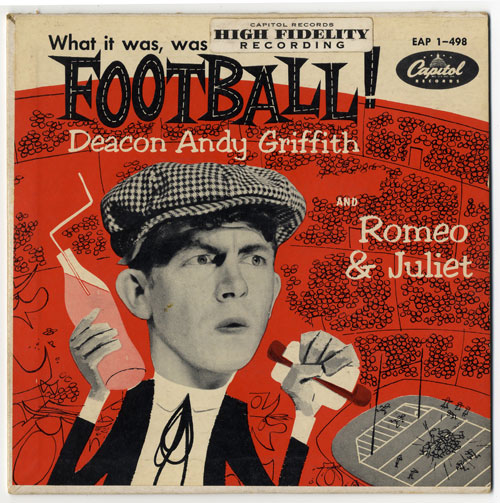 Former UNC President William C. Friday is confirming that Andy Griffith died this morning at his home in Dare County. The Mount Airy native was 86.

Griffith’s rise to stardom began at UNC, where he appeared in several Carolina Playmakers productions, including Gilbert and Sullivan’s The Mikado. Griffith also played Sir Walter Raleigh in The Lost Colony from 1949-1953. He’s seen in the photo above with Lillian Prince as Queen Elizabeth I. One of Griffith’s early commercial successes was his comedy routine “What it Was, Was Football.” The monologue features Griffith as a country bumpkin attending his first college football game and puzzled by the action on the field. The recording sold thousands of copies.

For many, Griffith is best remembered as Sheriff Andy Taylor on The Andy Griffith Show. The program premiered on October 3, 1960 and ran for eight seasons, garnering the top spot in the Nielsen Ratings in its final season.

The collections of Wilson Library are rich with Andy Griffith material, including audio recordings, videos, and books. Griffith’s personal papers are also held at Wilson Library, in the Southern Historical Collection.

One thought on “Remembering Andy Griffith: The Lost Colony Loses its Sir Walter and Mayberry, its Sheriff”