The Raleigh Register‘s description of campaigning à la 1850s could spur today’s campaign strategists to return to some methods of old.

At the polls, there was a slight lack of that calm Roman dignity ascribed to us by our Fourth-of-July orators—inasmuch as the voters skipped about with the vivacity of Frenchmen, and exercised their tongues with the unanimity of old women. If some staid sober citizen was observed making his way to any spot where votes were to be taken and brandy given, he was immediately surrounded by a number of the more particularly devoted lovers of country, who were employing their talents, energies, and lungs, in the work of conversion, and mobbed, and twisted, and turned by them in a very hackney-coachman like style, in order to gain his attention to their various claims, until the four points of compass became with the said citizen a matter of doubt and uncertainty. First, one politician would plant him his face towards the ‘sweet south’—then, a second, by a dextrous manoeuvre (sic), would bring him directly north—then a third worthy, by the assistance of his coat-collar, would twirl him towards the orient east, thrusting in his face ‘the true ticket, free,’ as the orator observed, ‘of all bribery and corruption’—while a forth personage, rather dirty and very tipsy, once more reversed his position towards the west, and solicited his attention to another true ticket, ‘supported,’ as he averred, ‘by all the lovers of order and decency.’ True the coats, vests and other garments of various citizens did somewhat suffer —but what of that? Who is not above such paltry considerations in the discharge of his duty? Besides, some men did this from principle, as all the damage they inflicted upon the woolen cloth of the outward man, afforded a direct and practical proof of their zeal for the encouragement of domestic manufactures.

We’ll talk flip-flopping, twisting and turning and any number of other campaign methods at our conference “To Gain Attention to Their Various Claims”: Historic Political Campaigns in North Carolina (If you read closely, then the origins of the conference title should no longer be a mystery). We hope you’ll join us in Chapel Hill on September 14-15, 2012. Details are at bit.ly/nccampaigns. 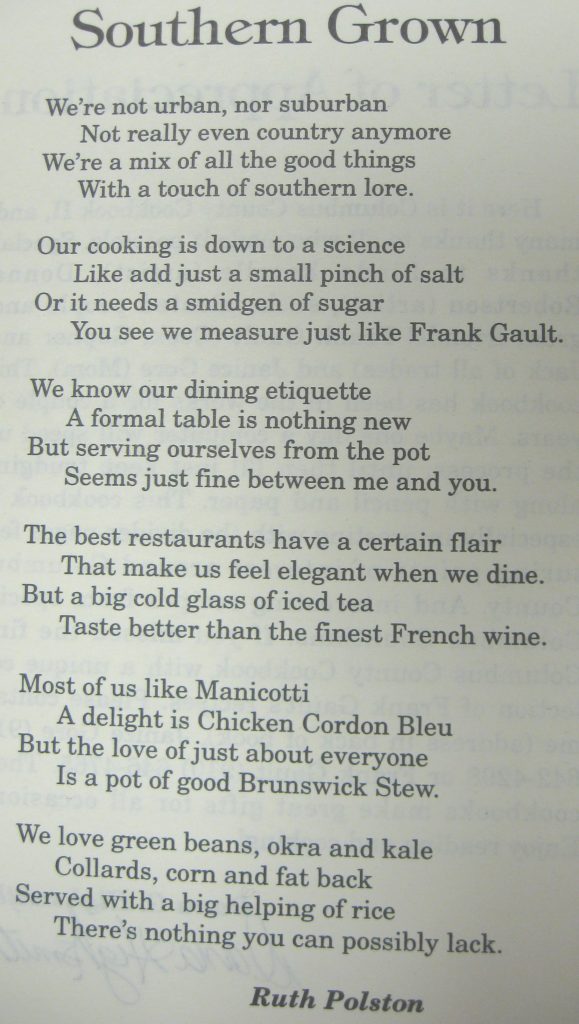 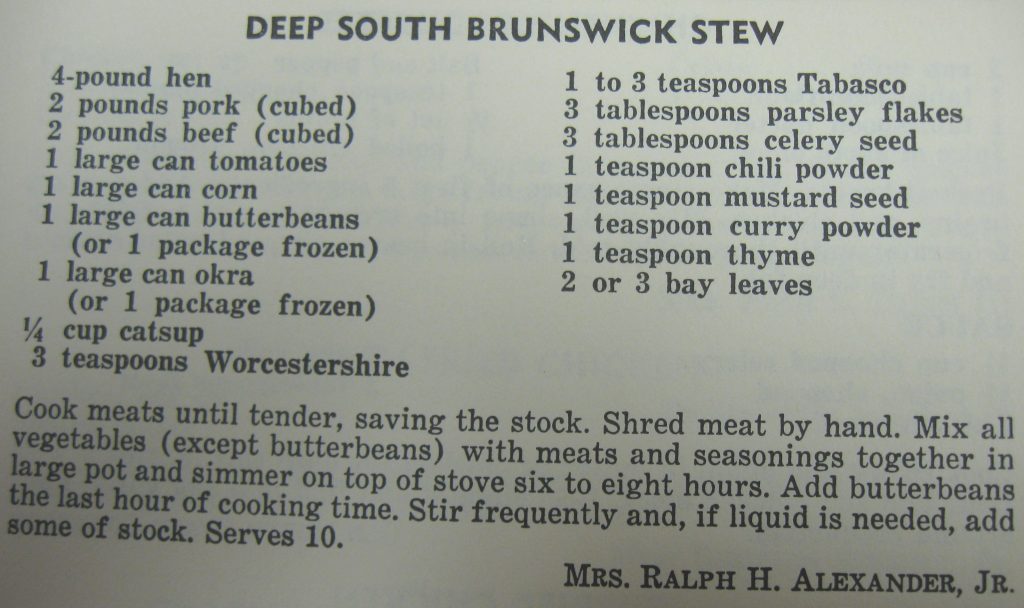 From Soup to Nuts: a Cook Book of Recipes Contributed by Housewives and Husbands of Alamance County and Other Sections of State and Country.

From Recipes for Gourmet Eating: A Compilation of Favorite Tested Recipes of Housewives of Greenville and Out of Town Friends.