I found this ad in the Charlotte News from September 6, 1911: 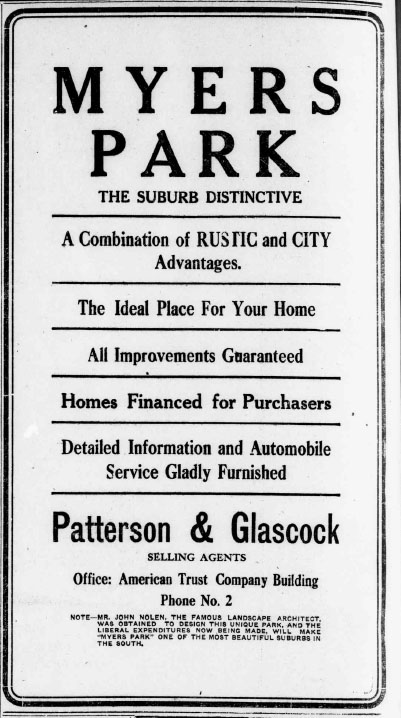 What do you think, Charlotteans? Is Myers Park still “the suburb distinctive”?

“The Corps only reluctantly began accepting African Americans early in World War II…. The commanding officer of the black training facilities at Camp Lejeune was Colonel Samuel A. Woods Jr., a native of South Carolina and an alumnus of that state’s all-white military college, The Citadel.

“According to an official history of black Marines, Colonel Woods ‘cultivated a paternalistic relationship with his men,’ who dubbed him the ‘Great White Father.’ One imagines that this was said with different inflection around the colonel and in the barracks.”